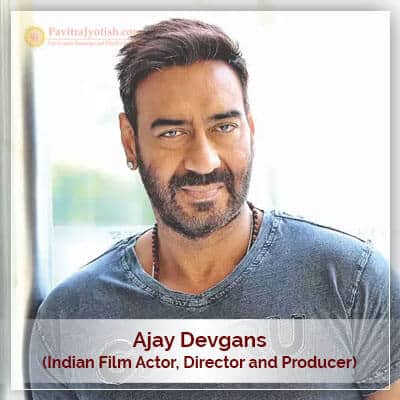 The Astrological Facts Of Ajay Devgan As Analysed In The Study

Ajay Devgan, Indian Film Actor, Director and Producer as well. He has earned a big name in Bollywood. Ajay Devgan is a well-known Bollywood Celebrity who bears an unmistakable identity as an influential actor of Indian Hindi cinema. Also, producer and director, Ajay has in his credit many prestigious accolades, namely 4 Filmfare Awards and 2 National Film Awards. Padma Shri recipient, Ajay debuted film career with the blockbuster movie Phool Aur Kaante. The movie brought him into limelight overnight. His incredible performance won him a Filmfare Award for Best Male Debut.

Many of his commercially and critically successful films, including The Legend Of Bhagat Singh, Company, Hum Dil De Chuke Sanam, and Dilwale reinforced his filmy career in the competitive Bollywood industry. His name carried a certain gravity of authenticity as an actor. Ajay married to Kajol, who is also an influential actress in Hindi cinema. The couple has two children.

At PavitraJyotish, we are analyzing astrological facts on the life of Ajay Devgan Horoscope Chart as detailed in the following manner.

Birth Details of Ajay Devgan are as per given below: 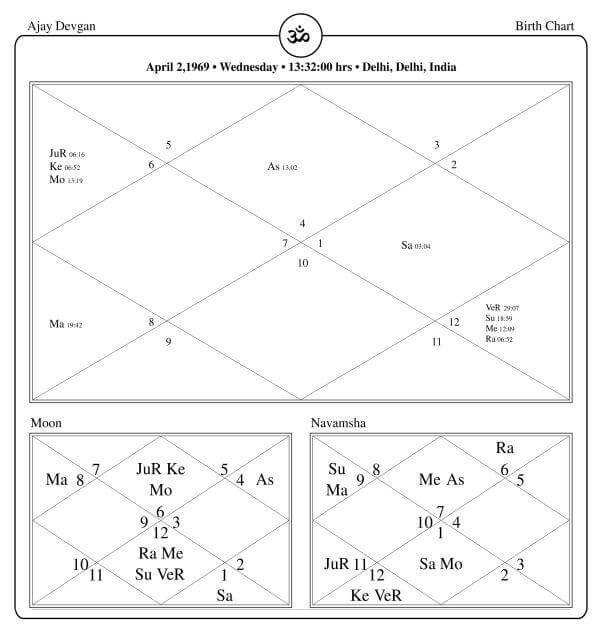 Ajay Devgan, Director and Producer is born with Cancer Ascendant. Cancer is a water sign ruled by Moon. Cancer is complex one, both at its best and its worst. Cancer is one of most intriguing signs of Zodiac. The moody temperamental Cancer is sensitive, emotional watery sign and can be closely associated to its animal symbol ‘Crab’. The hard exterior shell that most crabs have or develop over the years is actually a way to safeguard their gentle, jelly like, generous interior. The tenacious exterior shell of most nurturing side, which, to be fair to them, is truly their trademark. It’s actually good that they are shrewd enough to realize that they can be taken advantage of, and ironically, it’s their own closest kin and family who take their maximum advantage. No wonder, they tend to become too cautious, and sometimes painfully slow, while dealing with the situations and world at large.

Ruler of the Ascendant Moon is in a dual nature earth sign Virgo along with malefic Ketu and benevolent Jupiter. All of them are positioned in the third house. This position leads to financial abundance. Ruler of the third house crafty Mercury is debilitated in a dual nature last of water sign Pisces in company of malefic Rahu, Sun and exalted and retrograde Venus and stationed in the ninth house. Here Mercury and Jupiter are exchanging signs with each other. This position leads to become a successful film actor. Wily Saturn is debilitated in the first of fire sign Aries and stationed in the tenth house. This position of debilitated Saturn leads to working hard to achieve his objective. Mars is measured as most beneficial planet for Cancer Ascendant termed as ‘Yoga Karka’. Mars is in its own sign Scorpio and positioned in the fifth house. This indicates a bright future for his progeny.

Effect of transiting Major planets in near future

Wily Saturn transits in a dual natured last of fire sign Sagittarius during the year 2018 and whole of the year 2019. Saturn now moves through the sixth house. Saturn moving through the sixth house has an eye over the third house along with benevolent Jupiter, malefic Ketu and Moon. This aspect of wily Saturn is to prove a kind of challenging time for Ajay Devgan, director and producer. Film produced by him is not to bear much encouraging returns. He needs to avoid conflict with persons in Bollywood. Ajay Devgan, Indian Film Actor needs to refrain from controversial utterances for good. He has to exert more to achieve his objective. He needs to be careful about his health here. The transit period of Saturn is to be eventful and somewhat challenging also for Ajay Devgan. This movement of Saturn can lead to issue with partner of life. He needs to remain cool headed and handle this tactfully.

Malefic shadow planet Rahu (north node) currently transits in a water sign Cancer through the first house. Ajay Devgan, director and producer is to have tough time in stressing his point of view. He needs to refrain from shouting loudly and be overly assertive in expressing his views.

Malefic shadow planet Ketu currently transits in earth sign Capricorn and moves through the seventh house. This movement does not sound well for him with one on confirm relationship. An issue comes up with one in confirm relationship like with partner of life.  Ajay Devgan, Indian film actor needs to keep his cool and handle the issue tactfully and with due delicacy.

From around March 2019 malefic shadow planet Ketu enters last of fire sign Sagittarius. Ketu now moves through the sixth house in company of wily Saturn. This indicates that Ajay Devgan has to exert more and incline to be diplomatic in his dealing. He needs to take due care during short term travel. Ajay Devgan, director and producer needs to remain much careful about health.

From 30th March 2019, Jupiter enters its own sign Sagittarius. From 11th April Jupiter becomes retrograde. From 23rd April Jupiter again enters water sign Scorpio. From 12th August Jupiter becomes direct in motion. This retrogression period of Jupiter does not sound a happy proposition for Ajay Devgan. He needs to refrain from taking major decision related to career and finance as well.

From 12th August Jupiter becomes direct in motion. This is to work well to ease tension for him. From 5th November Jupiter enters in its own sign Sagittarius. Jupiter now moves through the sixth house in company of wily Saturn and malefic Ketu. This movement of Jupiter through the sixth house is to work well in reducing intensity of evil malefic influence of Saturn and Ketu. Progressive forces are to now work effectively. In turn a prosperous time for Ajay Devgan, director and producer.

Overall period during these transits of major planets is to be much eventful, progressive and prosperous for Ajay Devgan, director and producer. In between he is to have kind of challenging time for Ajay Devgan, Indian film actor. Book an Appointment with Best Astrologer Delhi

Also Read: About Kajol Horoscope and About Sanjay Dutt Horoscope 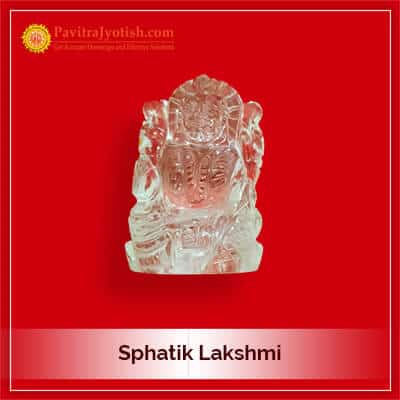 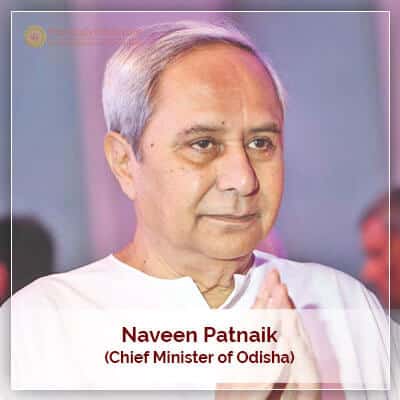