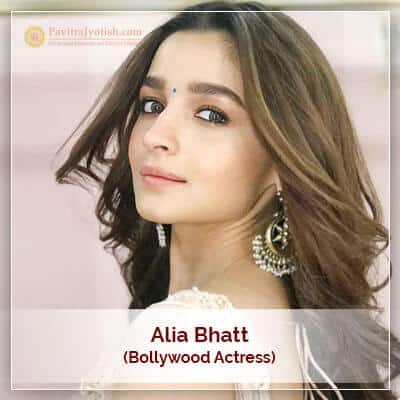 The Life Of Alia Bhatt As Reflected In This Astrological Analysis

Alia Bhatt, Famous Bollywood Actress and Singer, is one of the most influential celebrity icons of Hindi films. She is said to be the highest-paid movie star and was honored with several accolades and two Filmfare awards. Forbes India featured her in Celebrity 100 list while Forbes Asia placed her “30 Under 30” list. Born in Mumbai on 15 March 1993 to the filmmaker father, Mahesh Bhatt and actress Soni Razdan, Alia rose to widespread fame with her debut film, Student Of The Year directed by Karan Johar, released on 2012. The movie also drew appreciation from the critique, calling it super-confident debut of Alia. Her performance in the movie, Highway drew accolades from the critiques calling her promising new actress grown with the character.

At PavitraJyotish, we are conducting an astrological analysis on the life of Alia Bhatt in the narrative as indicated in the following horoscope chart.

Birth Details of Alia Bhatt are as per given below: 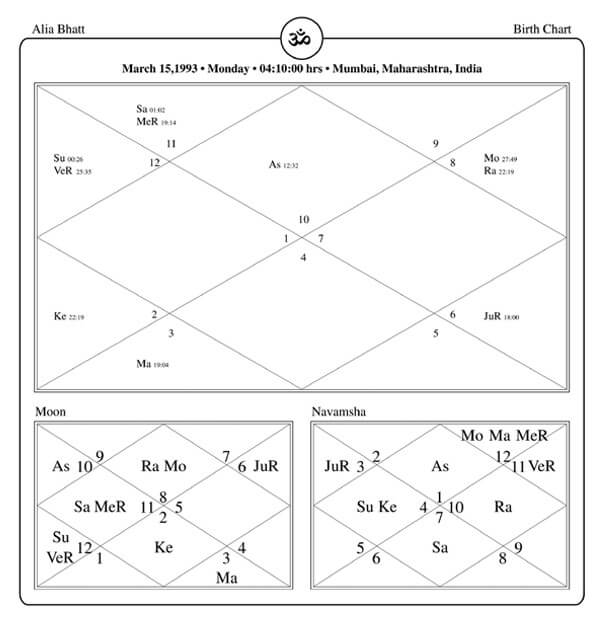 Alia Bhatt is born in Capricorn Ascendant. It is last of the earth sign and ruled by Saturn. Capricorn native is used to look at grey side of a situation. Alia Bhatt, Famous Bollywood Actress tends to be cautious and may overdo her act at times. She is good at man management and much careful about money matters. She is good as a friend but can tend to take revenge if she is let down. She tends to be knowledgeable. Ruler of the Ascendant Saturn is in its other sign Aquarius along with retrograde Mercury and positioned in the second house. The second house is linked with finance and family and speech as well. This position leads to good pleasing voice and makes her careful about money matters. The eighth house is ruled by mighty Sun. The eighth house is about longevity, inheritance and occult among other things. Dear Venus is considered as most beneficial alias “Yog Karka” for Capricorn Ascendant. In her chart Venus is exalted, retrograde. Exalted retrograde Venus is in a dual natured last of water sign Pisces along with Sun. Both are placed in the third house. In view of this she needs to be careful while signing a contract or a deal. She needs to execute due caution in new relationship. Benevolent Jupiter rules the third and the 12th houses. Jupiter is retrograde in a dual nature earth sign Virgo and stationed in the ninth house, linked to luck in general. Jupiter and Venus are in opposition to each other. This position leads to becoming a successful talented actress in Hindi films. Ruler of the ninth house crafty Mercury is retrograde in a fix nature last of air sign Aquarius along with ruler thereof Saturn and placed in the second house. The fourth and the eleventh houses are domain of Mars. Mars is in a dual nature air sign Gemini and posited in the sixth house. This position of Mars does not sound a happy proposition for Alia Bhatt. She needs to refrain from lending money to one in family relationship. Influence of Mars on the 12th house leads to unexpected expenses. She needs to plan finances with long term in view and keep enough for contingency. Moon is in its sign of debilitation Scorpio. Malefic shadow planet Rahu keeps company with debilitated Moon. Ketu is in a fix nature earth sign Taurus and stationed in the fifth house. This indicates she can have issue with one in a confirmed relationship.

In Chalit chart Sun shifts into the second house.

Looking for best answer to your questions? Ask questions and get to know reliable astro answers from the Online Astrologer India.

Effect of transiting Planets in near future

Most beneficial planet for Capricorn Ascendant Venus entered its own sign Libra from month of September. Now Venus moves through the tenth house in her chart. This transit of Venus works well for progressive forces to work more effectively. Alia Bhatt can get some major role to perform successfully, leading to a major hit at Box office. However, she needs to execute due caution in new relationship for good. Transit of Venus through the tenth house indicates a progressive and prosperous time for Alia Bhatt.

Jupiter currently transit in an air sign Libra till around mid of October 2018. Jupiter now moves through the tenth house in company of dear Venus. This position seems good for enhancing her prospects on career front.

Jupiter enters a fix nature water sign Scorpio from around mid of October 2018. Now Jupiter is to move through the eleventh house. During this transit Jupiter crosses over radical position of Moon and Rahu positioned in the eleventh house. This movement of Jupiter can lead to marriage for Alia Bhatt. She needs to execute due caution in selecting person to get married. Progressive forces are to work effectively here. Alia Bhatt is to get offer to perform different kind of role in Hindi film. A prosperous time as well is indicated here.

From around end of March 2019 Jupiter enters its own sign Sagittarius. From around mid of April 2019 Jupiter turns retrograde. From around last week of April Jupiter reenters water sign Scorpio in retrograde mode. This retrogression time of Jupiter can prove kind of challenging time for Alia Bhatt. She needs to be careful with near ones in relationship. Issue if any needs to be handled tactfully and with due delicacy. She needs to avoid conflicts here. From around mid of August 2019 Jupiter becomes direct in motion. This direct motion is to work well for easing out in pressure situation. Alia Bhatt is to get good opportunity to benefit financially. The gain here adds more strength to her position on financial front. She is to have a pleasant enjoyable time with near ones in relationship now here.

From around beginning of November 2019, Jupiter reenters its own sign, a dual nature last of fire sign Sagittarius and moves through the 12th house. Jupiter Transit in Sagittarius till and of the year 2019 and beyond. This movement indicates increase in personal and some unwarranted expenses. She is to have enough money to manage expenses. She is to have a pleasant and enjoyable time here.

Malefic shadow planet Rahu (north node) currently transits in a water sign Cancer and moves through the seventh house. Ketu transits in Capricorn and moves through the first house. This movement of Rahu is to work well for Alia Bhatt. Movement of Ketu can lead to tensions in routine work. She needs to keep her cool and handle challenging situation much tactfully and with due delicacy.

From around March 2019, Rahu enters a dual nature air sign Gemini. Now Rahu moves through the sixth house. During this transit Rahu crosses over radical position of Mars stationed in the sixth house. This position can lead to being overly assertive. Alia Bhatt needs to keep her cool and have patience on her side. At the same time malefic Ketu enters a dual nature last of fire sign Sagittarius. Ketu now moves through the 12th house in company of wily Saturn. Movement of two malefic does not sound a happy proposition for Alia Bhatt. She has to exert more and keep her cool to prove her worth as a talented actress. Progressive forces are not to work much effectively here. This indicates kind of challenging time for Alia Bhatt.

Ruler of the Ascendant and also that of the second house, wily Saturn transits in last of fire sign Sagittarius during the year 2018 and whole of the year 2019. Saturn moves through the 12th house. This movement of Saturn does not seem a happy proposition for Alia Bhatt. She is to be keen about getting due recognition as a talented actress. This movement of Saturn through the 12th house indicates a kind of challenging time for Alia Bhatt.

On deliberating well enough over transit of major planets, period during 2018 and 2019 seems progressive and prosperous time for Alia Bhatt. In between she is to have kind of challenging time and eventful time.

Problems in life hampering your growth? Book An Appointment With Renowned Astrologer Delhi NCR with our Vedic Astrologer and get your questions solved right away. 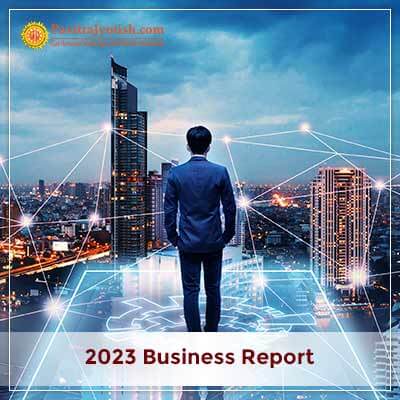 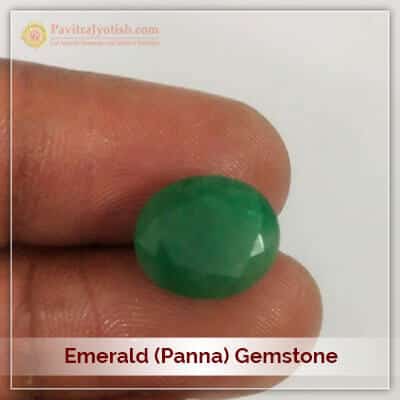 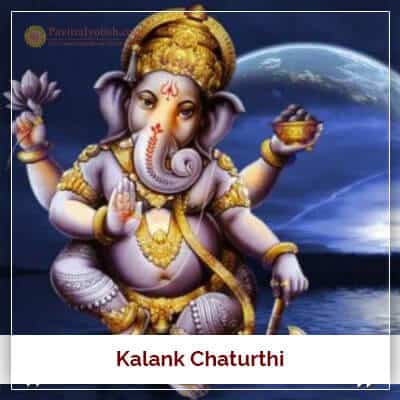