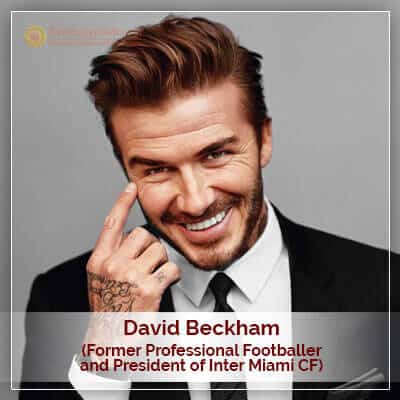 Get The Astrological Insight Into David Beckham

World-famous erstwhile Professional Footballer and the Current President of Inter Miami CF and Co-Owner of Salford City, David Robert Joseph Beckham (The Most Excellent Order of the British Empire) was born on 2 May 1975 at Whipps Cross University Hospital in Leytonstone, London, England. He is the son of the parent, Sandra Georgina and David Edward Alan “Ted” Beckham. Lynne Georgina and Joanne Louise are his siblings. In his early childhood, Beckham was the regular football player Ridgeway Park, Chingford. Regarding his academic pursuit, he had attended Chase Lane Primary School and Chingford County High School. According to Beckham, football is one and only predisposition in his childhood that he ever wanted to do later in his life. He also mentioned his religious affinity with the church in his book, Both Feet on the Ground, saying he weekly attended the church with his parents, as according to him, it was the best way to play football for their team. As a football player, Beckham represented Manchester United, Preston North End, Real Madrid, Milan, LA Galaxy, Paris Saint-Germain and the England national team. His contributions bore fruit in the result of holding the appearance record for an outfield sportsman until the year 2016. His victory of league titles in four countries, like England, Spain, the United States and France, made him the first English player to have achieved the feat. He married to Victoria Adams at Luttrellstown Castle in Ireland.

We at PavitraJyotish are conducting an astrological analysis on David Robert Joseph Beckham in the following horoscope and narratives.

Birth Details of David Beckham are as per given below: 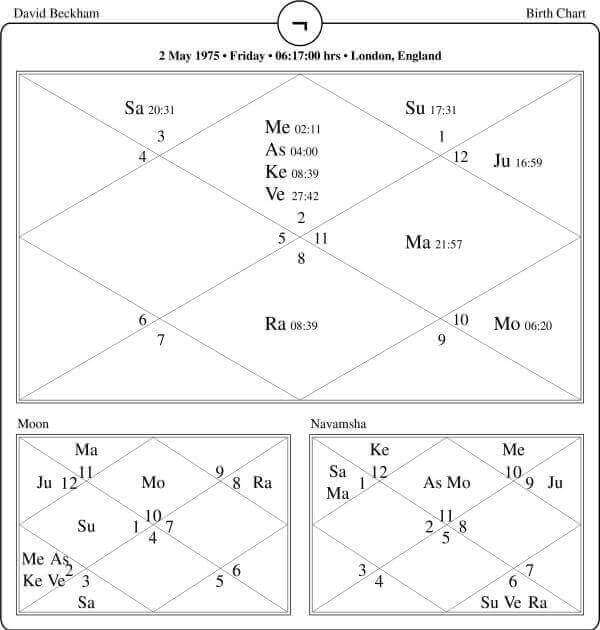 David Beckham, Former Professional Footballer and President of Inter Miami CF is born with Taurus Ascendant. Taurus is a fix nature first of earth sign and ruled by Venus.

Earthy Taurus the second Sign of the Zodiac is a practical, reliable and headstrong Sign much like its symbol Bull. That doesn’t imply though that Bulls don’t have a softer side to them. Capable of being fiercely loyal and supremely affectionate Taurus natives are often good only when they want to, and with only whom they want to! Their element earth makes them stable and cautious, but don’t you dare underestimate them. Taurus natives are talented and skilled. Their power to convert ideas and thoughts into actions, for themselves as well as others, tends to be their forte. Generally, not very inventive themselves, Taurus natives are better at taking/adapting ideas or innovations  from others, and polishing them, making them more valuable and adding finesse to all of it.

Mars has aspect on Venus positioned in the first house, makes David Beckham, President of Inter Miami CF much ambitious and keen to climb to greater heights in his career/occupation as a footballer.

Saturn positioned in the second house aspects Jupiter stationed in the eleventh house. This position supports David Beckham, Professional Footballer to climb up the ladder and prove him as a talented footballer.

In Navmansha D9 chart, Jupiter and Mars being in own sign gather strength. Venus and Saturn are debilitated hence loss of strength.

In D10 chart, Debilitated Moon is positioned in the tenth house.  Venus is in own sign Libra and stationed in the ninth house, linked with luck in general and overseas travel. Jupiter positioned in the third house is opposition to Venus. These positions support David Beckham, President of Inter Miami CF to perform exceedingly well and win more matches for his team.

David Beckham, Professional Footballer is currently under the influence of Venus sub period in major period of Jupiter till 6th July 2022. This indicated much eventful, much progressive and adds to his prosperity.

On viewing planetary positions in Taurus Ascendant and transit by major planets, we try to explore prospects of David Beckham, President of Inter Miami CF in near future.

Shadow planet Rahu currently transits in air sign Gemini and moves through the second house, linked with finance and family. Rahu moving through the second house crosses over radical position of Saturn stationed therein. Viewing this, David Beckham needs to handle matter related to finance and family much carefully. Issue if any related to family needs to be handled tactfully and with due delicacy. Events here add more strength to his position on financial front.

Jupiter currently transits in own sign Sagittarius and moves through the eighth house. Jupiter moves in opposition to radical position of Saturn stationed in the second house. Transiting Jupiter has an eye over radical position of exalted Sun positioned in the 12th house. Viewing this movement of Jupiter and its positive influences, something big is in offing for David Beckham, President of Inter Miami CF in near future. Progressive forces are to work much effectively and in turn David Beckham has gainful time in time ahead.

From end of March 2020, Jupiter enters last of earth sign Capricorn. Jupiter gets debilitated in Capricorn. Jupiter moves through the ninth house in company of Saturn already moving therein. This movement of two major planets through the ninth house surely leads to something big for David Beckham, Professional Footballer. Progressive forces are to work much effectively and in turn add more strength to his position on financial front. However, things move slowly initially.

From mid of May 2020, Jupiter becomes retrograde in Capricorn. From end of June 2020, Jupiter moving in retrograde mode again enters own sign Sagittarius. From around mid of September 2020, Jupiter becomes direct in motion. This second time transit by Jupiter in own sign and its positive influences are to push progressive forces to work much effectively. In turn David Beckham gets opportunity to exhibit his inherent ability and talent and win more matches for his team. Now seems much prosperous time ahead for David Beckham in near future.

Now two major planets Jupiter and Saturn transiting in own sign and having aspect over respective radical position, surely indicates that David Beckham, President of Inter Miami CF is in for something big and gains financially in near future. 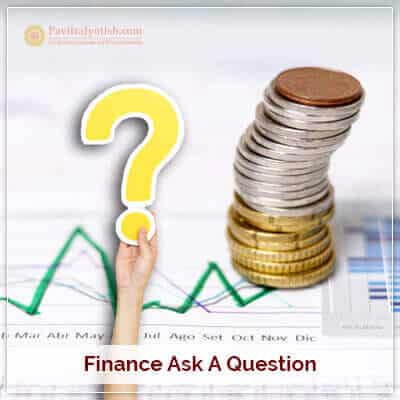 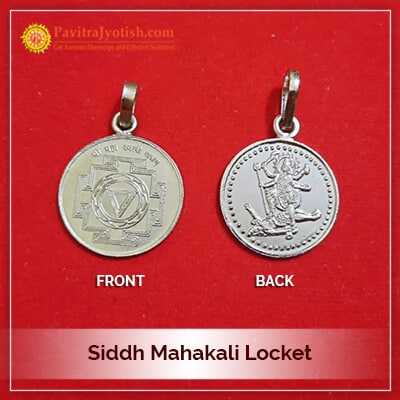 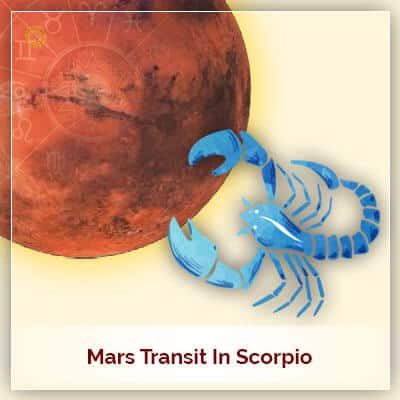