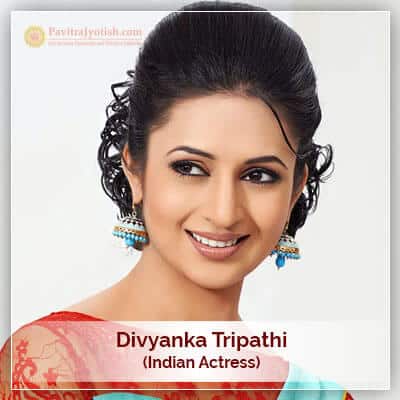 Know What Astrology Has Found About Divyanka Tripathi

Noted Indian Actress, Divyanka Tripathi Dahiya was born on 14 December 1984 in Bhopal, Madhya Pradesh. She did a mountaineering course from the Nehru Institute of Mountaineering in Uttarkashi. She made her appearance in television industry as an actress and acted in Zee TV’s Banoo Main Teri Dulhann, and Star Plus’s Ye Hai Mohabbatein. She is also the winner of the dance reality show, Nach Baliye.

We at PavitraJyotish are conducting astrological analysis on noted actress, Divyanka Tripathi, in the given Horoscope chart and interpretations of the same in the following manner.

Birth Details of Divyanka Tripathi are as per given below: 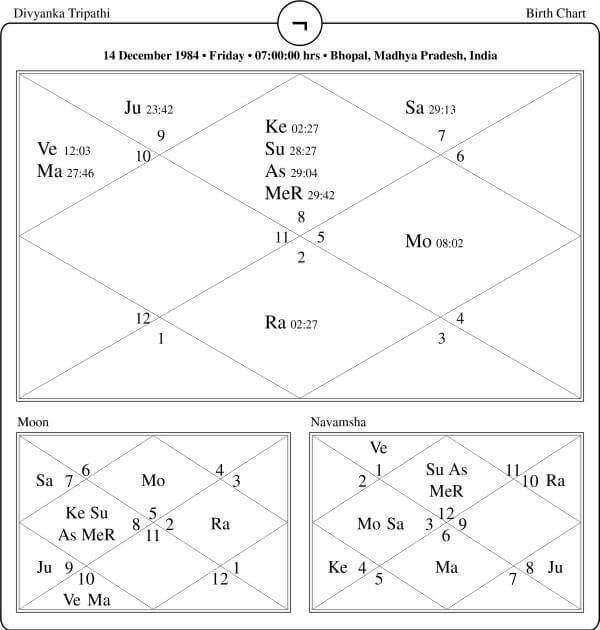 It won’t be an overstatement to say that Scorpios are different, difficult and dangerously interesting! Scorpio is symbolised by animal Scorpio. An apt way to describe them would be to compare them to the mythical bird Phoenix – the one who had ability to rise from ashes! These waters run deep – deeper and more intense than meets the eye! Well that’s another way to define the potent, proactive and unpredictable Zodiac Sign of Scorpio. Born with typically ‘water element’ emotional and intuitive approach towards life and problem solving, sensitive Scorpios are known for their fierce loyalty and fiery response to love, life and betrayal.

In solar chart, mighty Sun is associated with retrograde Mercury and malefic Ketu. Conjunction of Sun and Mercury supports ‘Budhaditya Yoga’. This means native rise to heights and remain in a sound position on financial front. The third and the fourth house are ruled by Saturn. Saturn is exalted in cardinal air sign Libra and gets positioned in the 12th house. In view of this, Divyanka Tripathi, Indian Actress becomes wiser in spending money. Jupiter rules the second and the fifth house. Jupiter is in own sign Sagittarius and stationed in the second house, linked with finance mainly. Exalted Saturn positioned in the 12th house has aspect over Jupiter stationed in the second house. This position is ideal to rise from scratches to become richer by own efforts. Venus rules the seventh house and also holds portfolio of the 12th house. Lord of solar chart Mars is exalted in earth sign Capricorn and along with Venus gets placed in the third house. This union of exalted Mars and Venus makes Divyanka Tripathi, Indian Actress ambitious and prepared to work hard to achieve her objective, to mark her name in Indian television industry. Shadow planet Rahu is in earth sign Taurus and is positioned in the seventh house in solar chart. Viewing this Divyanka Tripathi gets help from stranger in time of need.  Moon being ruler of the ninth house is in a fire sign Leo and stationed in the tenth house. This indicates that acting comes naturally for Divyanka Tripathi.

On viewing positions of planets in Scorpio solar chart and deliberating on effect of transit by major planets, we try to view prospects of Divyanka Tripathi in near future.

Shadow planet currently transits in a dual nature air sign Gemini and moves through the eighth house in solar chart. This movement of Rahu makes Divyanka Tripathi prone to health issue. Solar eclipse occurring in 21st June happens in the eighth house. Viewing this Divyanka Tripathi, Indian Actress needs to take due care about health. Malefic Ketu currently transits in last of fire sign Sagittarius and moves through the second house in solar chart. Ketu moving through the second house crosses over natal Jupiter stationed therein. Viewing this Divyanka Tripathi needs to handle matter related to finance much carefully. Divyanka Tripathi needs to take major decision related to finance after due deliberation and have long term in view.

currently Jupiter Transits in its sign of debilitation earth sign Capricorn. Jupiter currently moves in retrograde mode and move through the third house in company of retrograde Saturn already moving therein. This retrograde movement of two major planets through third house has aspect over the ninth house linked with luck, destiny. Viewing this progressive force is not to work effectively and in turn pace of progress gets slow down. Divyanka Tripathi, Indian Actress needs to keep her cool and have patience on her side.

Overall viewing planetary positions in Scorpio solar chart and deliberating on effect of transit by major planets, period seems eventful and encouragingly progressive for Divyanka Tripathi in near future. In turn Divyanka Tripathi gets richer and wealthier in near future. However, in between some kind of dull period is to be experienced by Divyanka Tripathi. Here Divyanka Tripathi, Indian Actress needs to keep her cool and have patience on her side and wait till tide turns favorably. Call Astrologer for prompt and intelligent Astrological Consultation & solutions. 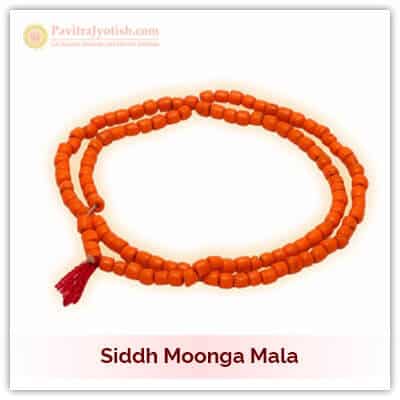