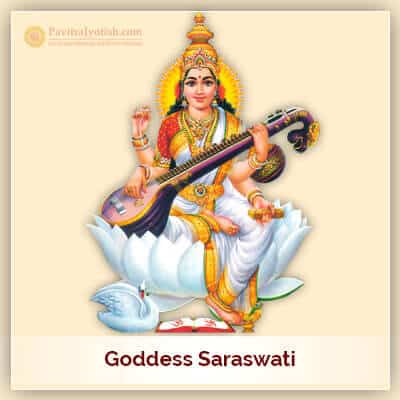 The name of goddess Saraswati, Vedamata, Shatarupa, Bharati, Putkari, Brahmi, Vagisvari, and Sarada emerges from the time-honored, pristine, and infinitely sanctimonious religious texts of Hindu mythology describing Mata Saraswati in narrative of different yet reverend supplication as the supreme deity of learning, wisdom, knowledge, music, art and aesthetics who exists in the hearts and souls of devotees and in mythological references as denoted in spiritual & cosmic form of Vedamata, Shatarupa, Bharati, Putkari, Brahmi, Vagisvari, Sarada, and so on.

Texts of Rigveda and diverse religious books of Hindu mythology have concluded in their viewpoints attributing goddess Saraswati as the deity who brought forth Sanskrit, the world’s first and most ancient language, and she has been the deity who gifted Lord Ganesha pen and inks, a goddess considered to be the wife of Lord Brahma, a divine almighty revered by the adherents of Buddhist sects and Jainism as the deity of learning. A subtle reference made in the context of Mata Saraswati by a certain mythological source also lays emphasize that she is the consort of goddess trinity, known as Saraswati, Lakshmi, and Parvati respectively, and that Saraswati, along with other Tridevi, help Tridev; Lord Brahma, Lord Vishnu, and Lord Shiva in creation, sustenance, and regeneration of the Universe.

The Origin and Creation of Saraswati

Saraswati, goddess of knowledge, wisdom, music, arts, and spiritual consciousness, has some mythological references revolving around her origin and creation, and most of these references talk in unison, that the deity’s origin coincided with fulfillment of the utmost necessity related to creation of the world/universe in an effective and organized manner. According to what story goes by, when Lord Brahma, one of the divine beings of Trinity created the world, he was less than satisfied over its structure and appearance, as the creation was in dire need of the uniformed concept. As a result of this, the monumental task regarding the foundation of the world by lord Brahma was devoid of elemental factors needed to functionalize the world in a proper way. Pensive and in deep contemplation, Lord Brahma then gave another creation out of his mouth, a magnificent divine figure known later as Saraswati, the deity of embodied knowledge form.

It should be noted that formation of Goddess Saraswati from the mouth of Brahma was the call of necessity in light of the fact that without her coming into being, the world Brahma had created amorphous wouldn’t have been as holistic and complete as we see at present: glorious, vibrant, pristine, and intellectually refined and in the conceptual order. It was Mata Saraswati in whose assistance Lord Brahma laid the ground work for cosmic order during the process regarding formation of celestial bodies. Later, Lord Brahma married to goddess Saraswati and the nuptial engagement is now viewed as suitable matching that helped creation of harmonious order in the world we see today.

In essence, goddess Saraswati is considered to be the creative power, energy and source of Lord Brahma, which also reasons as to why the deity is revered and worshipped by devotees for the attainment of spiritual consciousness, knowledge and wisdom.

Mata Saraswati as a Symbolic Identity

Goddess Saraswati has typical depiction in mythology and pictorial references on countless sources denote her as a deity draped in white outfit/sari seated in lotus flower and sometimes, she is portrayed seated on the swan bird. The representation of the goddess in such fashion lays out details that the deity is symbolized as the goddess of ultimate truth and knowledge that is pure and transcendental. She is symbolized as a deity with four arms conveying her Supreme Power and universal presence.

Both arms on front side symbolize presence of Mata Saraswati in temporal world, while those two arms on her back represent her presence in the spiritual realm of the world. The four arms, in totality, symbolize as Manas (mind), Buddhi (intellect), Chitta (consciousness), and Ahanakara (ego). Lotus flower of Saraswati denotes the sense of supreme reality or supreme knowledge. When the deity is shown seated on the lotus, it means she is grounded in supreme reality symbolizing transcendental knowledge. The white sari of her is symbolic of the epitome of knowledge.

The hand of Goddess Saraswati holding the book signifies a very important message of why acquiring knowledge is must but it is equally important to use that knowledge in uplifting the mankind’s prosperity with love and kindness. One of the hands holding rosary is symbol of attributes such as contemplation, meditation and concentration leading devotees to the union with the divinity known as Samadhi.

The front hands of Saraswati holding a harp tells that devotees should harmonize their mind and intellect so that they will be able to live in the world peacefully and will attain knowledge by which they will serve the mankind with good spirits. What does swan symbolize? Swan is symbol of power. It can spot the difference between right and wrong, or good and bad. The swan is the carrier of Saraswati symbolizing that knowledge acquired should be applied to serve the mankind without discrimination/ego. Another bird, peacock, sitting besides Saraswati is the symbol of temperamental behavior that is prone to a change based on its situation. The goddess uses swan as her carrier while the peacock does not receive such a privilege because of the same reason – it is symbol of indecisive and instable mind riddled with fear and volatile nature.

The literal meaning of Saraswati as derived out of Sanskrit texts is “The essence of the Self” according to the words, “Sara” meaning “Essence” and “Swai” meaning “Self”.

Due to various regional manifestations of goddess Saraswati in all over India, the deity is worshipped by devotees according to their respective traditions, avatars of the deity, and faith. Saraswati is believed to have various forms. For example, she is viewed a form of Adi Shakti, and Brahmani. Mata Saraswati, as the wife of Lord Shiva, is symbolized as the ultimate truth, and as the wife of Lord Vishnu, she is denoted as knowledge-giver to devotees. As a wife of Lord Ganesha, Saraswati is considered to be the deity of intellect. Sharada is the form of Saraswati as a daughter of Marichi in which she bestows poetic knowledge to the seekers.

Search best astrologer near me and find Higher Education Problems Solution Astrology for creating success in your academic pursuit. Now create your success in education and stay positive with our top astrological solutions now at your disposal affordably.

Numerous temples and shrines are dedicated to Saraswati in various parts of India in which worship of the deity is organized with great pomps and shows by enthusiastic devotees. Some famous temples are Gnana Saraswati Temple in Basar, Warangal Saraswati and Shri Saraswati Kshetramu temples in Medak of Telangana, and DakshinaMookambika Temple North Paravur in Kerala. Puja of Goddess Saraswati is held with devotion by followers to seek the blessings of the deity and attain spiritual knowledge and wisdom. In States like Bihar and Jharkhand, worship of Saraswati is held on the advent of Spring called Vasant Panchami or worshipping day of Mata Saraswati that is celebrated with great enthusiasm in schools, colleges, educational institutes, and temples and in huge pandals accompanied by cultural programmes, dance and music in order to mark the festival of Saraswati Puja with reverence and honor. Prasad made of boondi/mooti choor, pieces of carrots, plums and peas are distributed among the devotees. On the concluding day of Puja, the idol of Saraswati is led to immersion amidst large procession of devotees dancing and singing with abir and gulal in tune with loud music played by DJ bands until the procession reaches at immersion spot; usually a river or a pre-designated water pool for pratimavisharjan.

PavitraJyotish organizes Saraswati Puja on Vasant Panchami in manners associated with mythological rituals and methods by a team of experienced and well-read pandits. We have our own sanctimonious place to organize Goddess Saraswati puja under pleasant and pure environment and wherein adherence to all rituals is maintained accompanied by sankalp, yagya, mantras, aarati, bhajans and other necessary methods as per shastra.

The importance and significance of Saraswati as the goddess of knowledge, wisdom and spiritual consciousness is held in utmost regards by devotees and in Vedas and mythological books. The deity is considered the invaluable and integral part of Trinity gods like Brahma, Vishnu, and Mahesh, helping them with the formation and maintaining equilibrium in the world. She is the wife of Brahma but retains various ritualistic manifestations as the divine being. Held in deep regards by devotees from all over India, Saraswati is symbolized in various attributes, each indicating benefits for mankind in both spiritual and materialistic forms. In addition, Goddess Saraswati Pooja brings forth an improved level of spiritual consciousness and purity of knowledge in the life ofher devotees.

Subscribe your Saraswati Puja needs as offered in faithful spirits of PavitraJyotish and attain blessings of the goddess in all walks of your life.

Do you want to gain wealth and peace? Book Akshaya Tritiya Puja and such coveted desire will take its course in fruition of your life.

Must Read: Vasant Panchami Or Saraswati Jayanti  and Goddess Durga 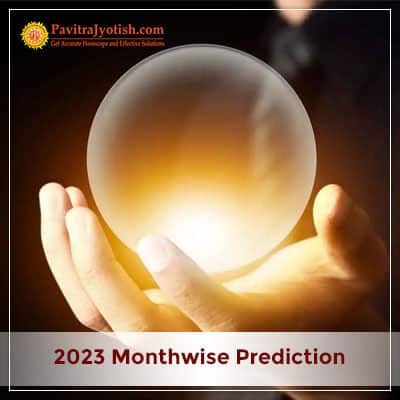 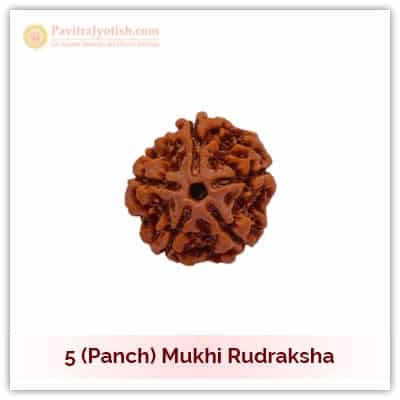