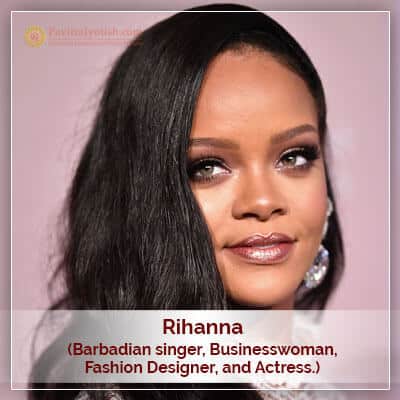 Famous Singer Rihanna And Her Life As Viewed Astrologically

Robyn Rihanna Fenty, popularly known as Rihanna, is one of the most famous singers in the world known for her versatile musical styles. She is one of the fewest international celebrities who reinvented her image through distinctive and unique transmogrifications as an iconic singer, film actress, and businesswoman. Born on February 20, 1988, in Saint Michael, Barbados, Rihanna is descendent of Afro-Barbadian, Afro-Guyanese and Irish origin. Besides, Rorrey and Rajad Fenty who are her brothers, she also has half-sisters and a half-brother, each born to different mothers from Rihanna’s father’s previous relationship. She began her study from Charles F. Broome Memorial Primary School and Comber mere High School. Globally-famed cricketers; Chris Jordan and Carlos Brathwaite were Rihanna’s schoolmates. She got her training as an army cadet in a sub-military programme under the tutelage of a drill sergeant, Shontelle, who also happened to be a singer and songwriter. She dropped the idea of continuing her academic pursuit to graduation for her intensely growing penchant toward music and therefore, she followed musical career, later forming a music trio with two of her classmates, in 2003. Evan Rogers, the famous American record producer gave Rihanna, Barbadian Singer, Businesswoman, Fashion Designer, Actress musical break by letting her perform in rendition of Destiny’s Child’s “Emotion” and Mariah Carey’s “Hero”. Later she was signed to Syndicated Rhythm Productions, a production company owned by Evan and Carl Sturken. Later, Jay-Z and L.A. Reid, each impressed with Rihanna’s audition in New York City (2005) had a six-album record deal signed with Rihanna which soon followed Rihanna’s debut album with a lead single, “Pon de Replay”. The album was released in 2005 under mononym “Rihanna” and became a worldwide club hit, including the fact that the song was at number 2 on the U.S. Billboard Hot 100 chart and the UK Singles Chart.

Rihanna gave another global commercial hit studio album, A Girl Like Me released in 2006 and remained charted in the top 10 in 13 countries. It was her first album which received awards certification of Platinum by the RIAA (Recording Industry Association of America), as the album was sold over 1,000,000 units. Rihanna got musical breakthrough with her third studio album – GOOD GIRL GONE BAD. The album featured up-tempo dance tracks and became a worldwide commercial success post releasing of the same in 2007, including positive critical reviews from the critiques. The “Umbrella” was the lead single of the studio album which topped the charts in 13 countries and was at No. 1 in the UK for many weeks in a row. This was also her first single which became best singles worldwide in view of the fact that it made the sales of over 8 million copies. One of the songs in the album – Don’t Stop The Music–was an international hit song. Rihanna was nominated for seven Grammy Awards (2008) for the album – Good Girl Gone Bad, and won her first Grammy Award alongside Jay-Z for “Umbrella”. Rihanna’s eight studio album, Anti, released in 2016 became her second No. 1 on the U.S. Billboard 200. Announcement of her ninth studio album was officially revealed, confirming it to be released in 2019 as a part of a reggae project. Rihanna remains in media limelight not for her being a worldwide celebrity as a singer but also having a great fashion sense, with New York magazine quipping her as a ‘cookie-cutter teen queen’ because of the way she shifts her looks dramatically and flawlessly. Her style and musical material was also compared to that of Beyonce Knowles by media. Known as a fashion icon, Rihanna is the recipient of several awards, including Fashion Icon Award (2014), 9 Grammy Awards, 12 Billboard Music Awards, 13 American Music Awards, 8 People’s Choice Awards, and “Icon Award” at the 2013 American Music Awards. As an actress, Rihanna did films like Battleship, Home, This Is The End, and Ocean’s 8, among others. She is said to be in a relationship with Hassan Jameel, a Saudi businessman.

We at PavitraJyotish are conducting an astrological analysis on the life of worldwide celebrity icon, Rihanna, in the following horoscope chart.

Birth Details of Rihanna are as per given below: 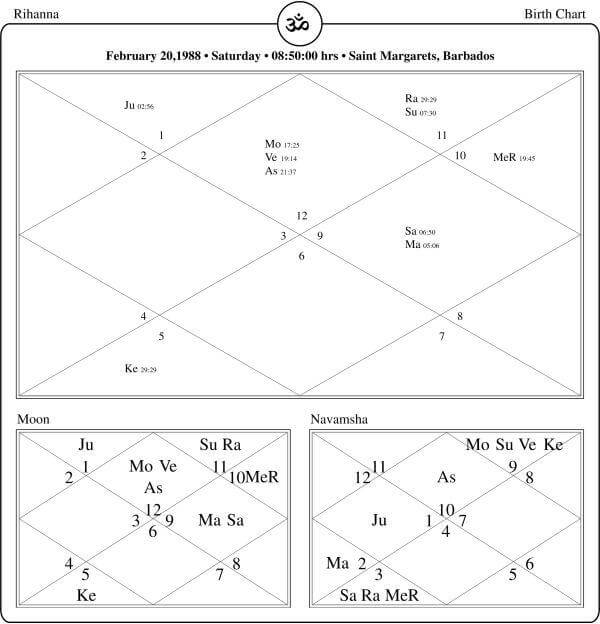 Poetic Pisces Zodiac Sign, is the last in line of the Zodiac Signs, is as mystical and intuitive as they come. Pisces can be described in a nutshell in following words – Sensitive, spiritual, scrupulous, stubborn and often sympathetic yet shrewd. Ideally speaking, the Zodiac Sign Pisces is said to embody all that is humanitarian and idealistic!. These people care about others, and world at large – whether they manage to do something tangible about it or not, is a different thing. Pisces native also show a marked inclination towards myriad creative fields like music, poetry, writing, drama, singing early on their lives. This creative and inventive spirit may also be expressed via their behavior in relationships. They prefer to be at familiar places and trustworthy company.

Ruler of the Ascendant Jupiter also holds portfolio of the tenth house for Rihanna, Businesswoman, Fashion Designer and Actress. Viewing this position and movement of Jupiter carries more importance for Rihanna. In her birth chart Jupiter is in a fire sign Aries and positioned in the second house, linked with finance mainly. This position of Jupiter leads Rihanna, Barbadian singer to become notably rich wealthy. Mars rules the second and the ninth house. Mars is in last of fire sign Sagittarius along with wily Saturn. Both are stationed in the tenth house, linked with occupation. This position of two malefic in the tenth house leads to indulge and succeed in more kind of occupation and also leads to become a successful businesswoman. Both receive positive influence from Jupiter stationed in the second house. Mars and Jupiter exchange sign with each other. Moon rules the fifth house. Moon is in Pisces along with Venus and positioned in the first house alias the Ascendant. These two benefice gives  her attractive features and much appealing looks. Mighty Sun rules the sixth house. Sun is in last of air sign Aquarius along with shadow planet Rahu and positioned in the 12th house. Malefic Ketu is in fire sign Leo and stationed in the sixth house. Mercury is retrograde in last of earth sign Capricorn and positioned in the eleventh house, linked with gain.

Hard task master Saturn transits in a last of fire sign Sagittarius. Saturn now repeats own radical position. Saturn moves through the tenth house in company of malefic Ketu. Both moving through the tenth house, cross radical position of Mars and Saturn. Now Saturn moving through the tenth house eyes the 12th house, along with radical position of Sun and Rahu stationed in the 12th house. Viewing this, influence of Saturn, Rihanna, Barbadian singer needs to take due care of her health. Besides this she may experience stiff competition in her business. She needs to formulate a strong strategy to score over her competitors and keep increasing her sales. Now seems good supportive time for Rihanna, Businesswoman, Fashion Designer and Actress to explore new area to enhance sales in her pursuit. Some favorable sudden change is envisaged during this movement of two malefic through the tenth house. However, she needs to keep her cool and remain accommodative about useful suggestions from near one. This movement of Saturn and malefic Ketu leads to encouraging progress in her occupation and business as well and adds to her financial strength and add to her prosperity.

From 5th November 2019, Jupiter enters its own sign Sagittarius. Jupiter moves through the tenth house, in company of wily Saturn and malefic Ketu. This movement of major planets indicates that something bigger is in offing for Rihanna. However, Rihanna has to accept new challenges willingly and exert more over the same to remain ahead in race to progress and prosperity. From 24th January 2020, Saturn enters in own sign Capricorn and moves through the eleventh house, linked with gain. This movement of Saturn and Jupiter in their own respective seems sure sign about eventful time, coupled with progressive time and adding to her prosperity.  Get effective guidance and Astrological Solutions of your career with our Career Horoscope section.

Must Read: About Julia Roberts Horoscope and About Meghan Markle Horoscope 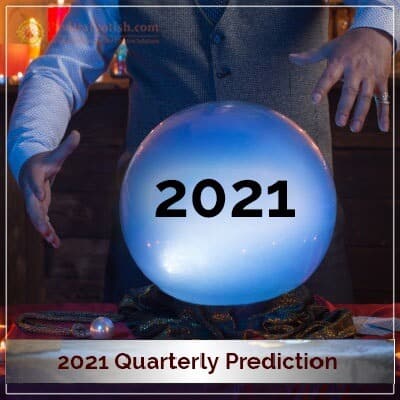 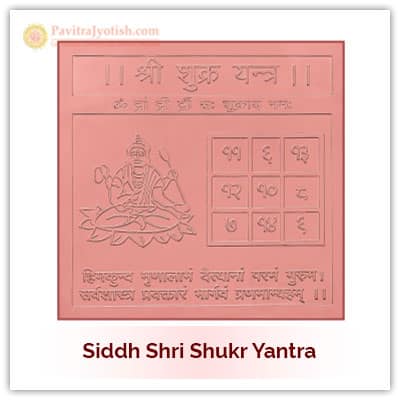 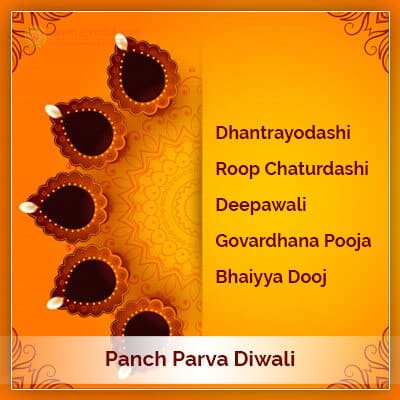