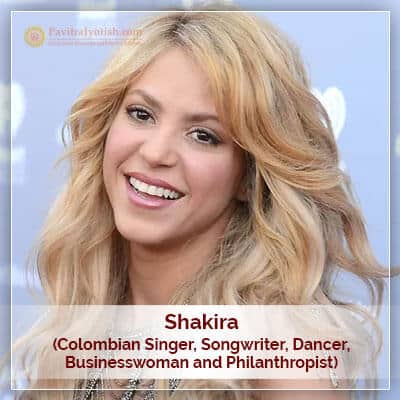 Astrology And Its Insight About Famous Singer Shakira

Colombian Singer, Songwriter, Businesswoman, Philanthropist, Shakira in the world. She was born on 2 February 1977 in Barranquilla, Colombia to the family of William Mebarak Chadid and Nidia Ripoll Torrado. Only child of her parent, Shakira, Dancer did her initial schooling at Catholic schools, but she grew up with strong fascination for with music. The Arabic meaning of her name is grateful. At just four years old, she wrote her first poem, “La Rosa De Cristal/The Crystal Rose”. To continue with their passion for composing poetry, her father gifted a typewriter on Christmas to her when she was seven years old. Also a famed songwriter, dancer, businesswoman, and philanthropist, Shakira did her first recording under Sony Music Colombia when she was 13. Latest spotlights in her career came after the release of her albums, Pies Descalzos (1995) and Dónde Están los Ladrones? (1998). It was the launching of her fifth album which marked her entry into the English-language market, and the album was Laundry Service (2001). It was a massive hit at that time, selling over 13 million copies. Some of her world-famous songs include Hips don’t lie, Whenever, Wherever, She Wolf, and so on. She is the recipient of Echo Award for Best International Female Artist and World Music Awards for Best Selling Latin Female Artist. She also won the international pop artist award in the year 209.

Team PavitraJyotish is conducting an astrological analysis About Shakira Horoscope, the famous singer in the world. The analysis is represented in the following Horoscope chart and narratives.

Birth Details of Shakira are as per given below: 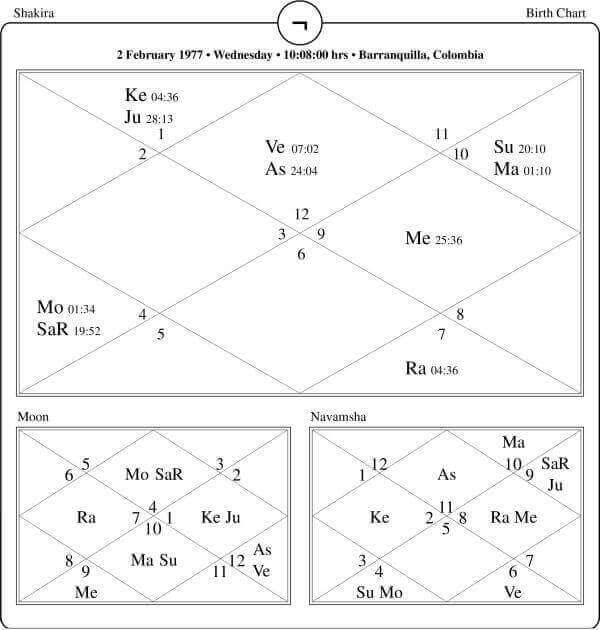 Poetic Pisces, the last in the line of Zodiac Sign, is as mystical and intuitive as they come. A Water –sign in all its manifestation, Pisces can be described in nutshell in the following word—sensitive, spiritual, scrupulous, stubborn and often sympathetic yet shrewd. Pisces natives are gentle and submissive – at least on surface. Compassionate and altruistic, many of them usually remain immersed in the depths of their inner realms. Ideally speaking the Zodiac Signs Pisces is said to embody all that is humanitarian and idealistic! These people care about others and the world at large – whether they manage to do something tangible about it or not, is a different thing! Pisces natives also show a marked inclination towards myriad creative fields like, music, poetry, writing, drama or painting.

Ruler of the Ascendant Jupiter is in a fire sign Aries and along with malefic Ketu is positioned in the second house. This position gives Shakira, Colombian Singer an enchanting voice and riches. Mars rules the second and the ninth house. Mars is in its sign of exaltation earth sign Capricorn. Exalted Mars along with mighty Sun is positioned in the eleventh house, linked with gain. This position presents ample opportunity to Shakira, Dancer to have spirit enlivening financial gain. The eleventh house and the 12th house is domain of Saturn. Saturn is in first of water sign Cancer along with ruler thereof Moon and stationed in the fifth house. Both are in opposition to Sun and exalted Mars positioned in the eleventh house. This opposition leads Shakira, Songwriter to become a strong personality and a great Trier. Shakira, Businesswoman and Philanthropist gains from multiple activities. Shadow planet Rahu is in air sign Libra and positioned in the eighth house. Viewing this, Shakira, Colombian Singer needs to remain careful about her health. Crafty Mercury is in last of fire sign Sagittarius and stationed in the tenth house, linked with occupation, profession. Venus is exalted in water sign Pisces and positioned in the first house alias the Ascendant. This gives her attractive and much appealing looks.

In Navmansha D9 chart, exalted Mars becomes ‘Vargottami’ and gathers strength. Jupiter and Moon are in their own sign, and gather strength.

Shakira, Businesswoman and Philanthropist is currently under the influence of Jupiter sub period in major period of Ketu till 7th February, 2020. This indicates progressive and financially gainful time ahead for Shakira, Songwriter.

Wily Saturn currently transits in last of fire sign Sagittarius along with malefic Ketu. Both move through the tenth house. This movement of two malefic induces Shakira, Songwriter and Dancer to have a firm resolve to keep moving ahead on road to progress. Some major looking change is also envisaged for Shakira, Colombian Singer. She needs to take in account ground reality and accept new challenges. Shakira, Songwriter and Dancer needs to keep working on new challenges to make desirable level of success. She needs to hold on to confirm relationships here.

Shadow planet Rahu currently transits in a dual nature air sign Gemini. Rahu moves through the fourth house. This movement of Rahu induces Shakira, Businesswoman and Philanthropist to own a new abode, wherein she feels comfortable. Progressive forces are to keep working effectively and in turn add to her prosperity.

Ruler of the Ascendant Jupiter also holds the portfolio of the tenth house, linked with occupation, profession. Viewing this, movement of Jupiter has more importance for Shakira, Songwriter and Dancer . Jupiter currently transits in own sign Sagittarius and moves through the tenth house, in company of Saturn and malefic Ketu. This movement of Jupiter works well to reduce intensity of evil, obstructive effect of two malefic. However, things are to move slowly initially for Shakira, Colombian Singer. She needs to keep her cool and have patience on her side.

From end of March 2020, Jupiter enters its sign of debilitation, earth sign Capricorn. Jupiter moves through the eleventh house, linked with gain, in company of Saturn, already moving therein. This movement of two major planets indicates something big in offing for Shakira, Songwriter and Dancer . However, Shakira, Colombian Singer has to exert more to keep moving on road to progress. From mid of May 2020, Jupiter becomes retrograde in motion. From end of June 2020, Jupiter moving in retrograde mode, again enters own sign Sagittarius and keeps transiting therein till around last week of November 2020. Now Jupiter becoming direct in motion works well for Shakira, Businesswoman and Philanthropist. She is to now attend opportunity which she did not pay due attention earlier. Shakira is able to recover lost ground earlier. This movement of Jupiter indicates eventful, encouragingly progressive and prosperous time ahead for Shakira.

From around last week of January 2020, Saturn enters own sign Capricorn. Saturn moves through the eleventh house, linked with gain. Shakira, Songwriter and Dancer gets encouraging opportunity to exhibit her inherent ability and talent to prove her versatility. In turn, Shakira, Businesswoman and Philanthropist gets encouraging financial gain. This transit of Saturn is sure to be eventful, encouragingly progressive and adds to her prosperity encouragingly. However, things are to pick up well from second quarter of the year 2020 for Shakira, Colombian Singer.

Viewing transit of major planets and deliberating over its effects on prospects of Shakira, Dancer in near future, the period seems eventful, encouragingly progressive and adds to her prosperity. However, Shakira, Businesswoman and Philanthropist needs to remain aware about prevailing ground reality and accept new challenges willingly. Shakira, Songwriter needs to keep working over new challenges consistently to make desirable level of progress in her pursuit. Get your Career Horoscope Vedic Astrology Services solution today and find meaningful solution that it carries for you. 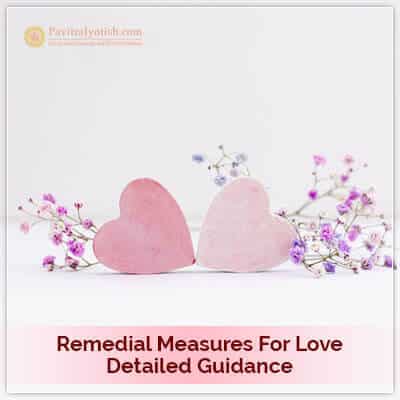 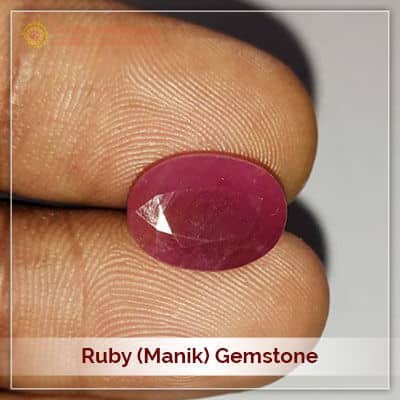 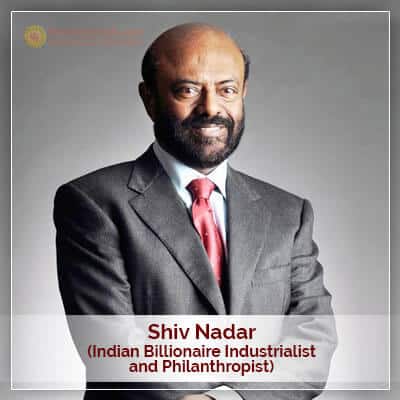