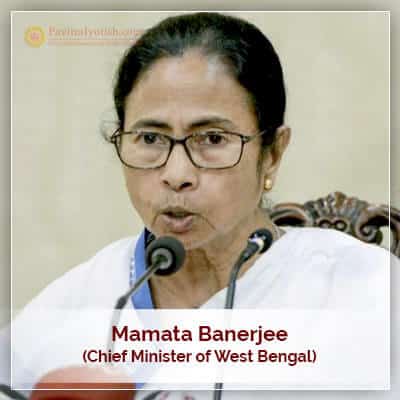 Mamata Banerjee As Reviewed In This Astrological Analysis

Mamata Banerjee, Chief Minister of West Bengal, is an Indian leader of nationwide repute, who has been named among the 50 most influential people in the world of finance in 2012 by Bloomberg Markets and by Time magazine as one of the 100 Most Influential People in the World in 2012.  She is also a former railway minister chosen for the portfolio twice. She is the first woman to have become Railway Minister, Minister of Coal, and Minister of State for Human Resource Development, Youth Affairs, Sports, Women and Child Development.

She came to media limelight after she had staged a protest against the land acquisition bid by the then communist government in West Bengal for the purpose of industrializing Special Economic Zones at the cost of Singur-based agriculturalists and farmers. However, the effort was thwarted by Mamata’s agitation. She created a history when she won for the TMC Congress alliance in West Bengal by beating Left Front government led by the Communist Party of India (Marxist). Also called “Didi”, Mamata remained a strict adherent of austere lifestyle and maintains it i every public appearance that is unmistakably noticeable in her traditional Bengali outfits and shunning the life of luxury.

We at PavitraJyotish are conducting an astrological analysis on the life of Mamata Banerjee in the narrative as indicated in the following horoscope chart.

Birth Details of Mamata Banerjee are as per given below: 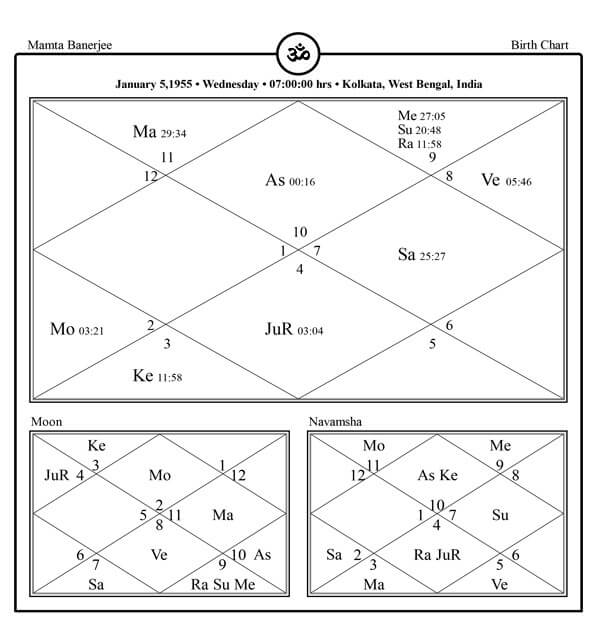 Mamata, Indian Politician has Sun in a dual-natured last of fire signed overly ambitious Sagittarius Zodiac Sign. This makes her have an aggressive approach and strong motivation to achieve her objective. This way she came to power by overthrowing the communist regime. Sun here is in the company of crafty Mercury. This provides necessary intelligence input to her way of working. Saturn and Jupiter are exalted in Surya Kundali. Saturn has an eye over-exalted and retrograde Jupiter. This position of major planets has taken her to new heights in her life by becoming the first woman to become Chief Minister of West Bengal. Currently, she is running her second term as a chief minister. Exalted Moon on earth sign Taurus has made her a determined person and averse to the opposition. Sun in Sagittarius can make her err in making choice of company to keep. Exalted Moon in opposition to Venus induced her to become a poet, writer, and innovative thinker. Know about Career prospects by having Career Horoscope Report.

For the whole of 2018 -19 wily Saturn moves through fire sign Sagittarius. In this process, wily Saturn is to hover over natal Sun, Mercury and malefic Rahu. This is indicative of the kind of challenging time for Mamata Banerjee, CM West Bengal. Opposition forces are to put up all efforts to challenge her authority. She needs to have a kind of balanced approach to meet the challenges successfully. Entry of malefic Ketu in Sagittarius in the year 2019 can increase trouble for her. She needs to avoid sounding partisan and become more accommodative. Mamata, Best Politician in India has to get rid of persons who harm her image as an able politician and administer. She needs to visit sacred religious places in the state to minimize evil effects around.

Movement of shadow planets Rahu –Ketu during years 2018 -19 does not spell well for her progress and giving a solid push to development-oriented activities. Progressive forces are not to work effectively this time around. This can harm her reputation. She needs to do all to help manufacturing and services sector to grow and gather speed. The positive move in this direction is to enhance her grip over the administration and keep masses sympathetic to her.

Aggressive Mars traverses through its sign of exaltation Capricorn Zodiac Sign during May to end of around October 2018. Mars remains in the company of hostile malefic Ketu. This can affect development-oriented activities. Ethnic clashes are to pollute peace and harmony. The administration is to have a challenging time in controlling the same. Forces creating ethnic disharmony needs to be silenced effectively. Movement of exalted Mars is to induce the government to take aggressive measures to control disorder. The opposition is to try to ignite controversy over this. Handling this situation is to become a sort of challenging task for Mamata Banerjee, Best Politician in India .

The period from August to end of the year spells well for progressive forces to work effectively. The manufacturing sector is to pick up encouragingly. Planet linked to the relationship and harmony Venus is to move through own sign Libra during this period. This is to present encouraging results for Mamata on many fronts. She is to get enough sympathy from masses in general.

Summarily 2018-19 are to render mix results for Mamata Banerjee.

Must Read: About Mayawati Horoscope and About Jagat Prakash Nadda Horoscope 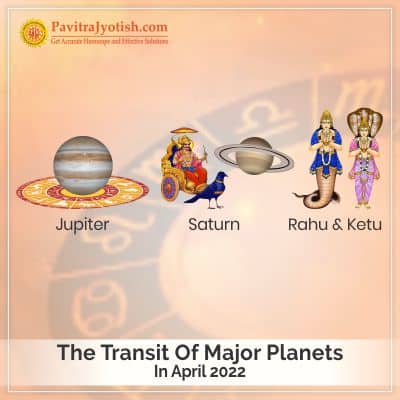 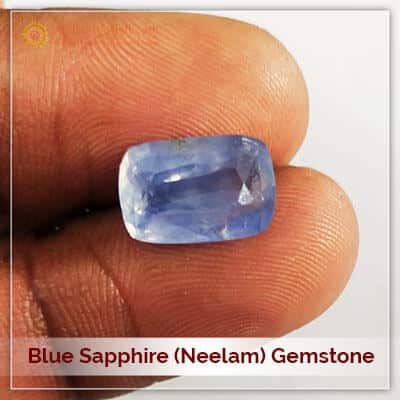 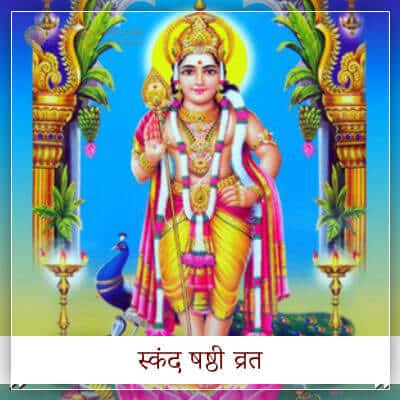