Indian Noted Bollywood Actress, Vaani Kapoor was born on 23 August 1988. Post her internship with Jaipur-based Oberoi Hotels and Resorts, she started her employment with ITC Hotel. Later, she landed in a modeling project offered to her by the Elite Model Management. She acted in a comedy film, Shuddh Desi Romance, alongside Sushant Singh Rajpoot and Parineeti Chopra. Her performance in the film was reviewed positively by film critiques, for which, later, she was honored with the Best Female Debut award. She was last seen in a film, War, alongside Hrithik Roshan and Tiger Shroff.

A Horoscope Analysis Vaani Kapoor, famous Indian actress, Vaani Kapoor is being done in the following way, followed by horoscope chart and depictions of the same in the narratives that follow.

Birth Details of Vaani Kapoor are as per given below: 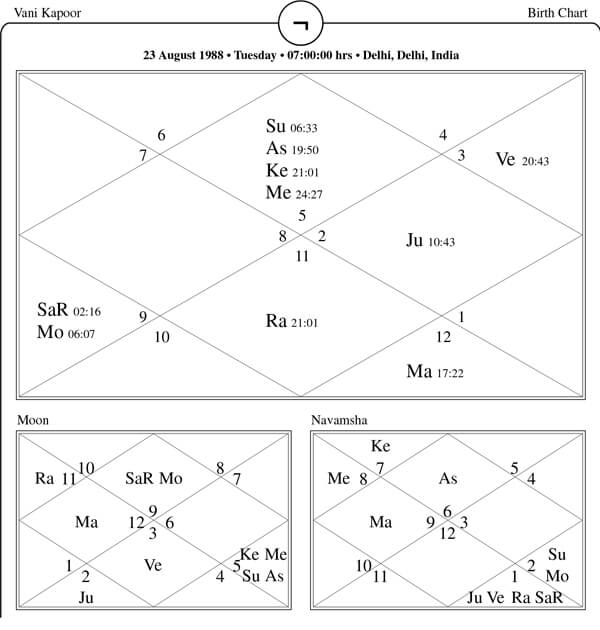 Vaani Kapoor, Indian Noted Bollywood Actress is born with mighty Sun in own sign Leo. So her Sun sign is Leo, which is a fixed nature fire sign ruled by Sun.

The fifth Zodiac Sign Leo is symbolised by the regal and royal Lion. Elegance personified, the Leos are confident and extrovert, and akin to the Lion, the king of the jungle and ruler of the beasts, they are strong, dominating, assertive and magnanimous. Needless to say that people born with the Leo Zodiac Sign, possess the qualities of a king, or at least they like to behave. Live, and lead that way. In   reality Lions are warm at heart, magnanimous people who love children and pets. They have ardent wish to rise up the acme and setting and are not afraid of challenges. That is why they end up setting high standards for themselves. Lions also tend to be open to suggestions, they do consider myriad and opinions, but again final word has to be theirs.

In Navmansha D9 chart, Moon on being exalted gathers strength. Saturn being debilitated loss of strength.

In D 10 chart Tenth lord Mars is in own other sign Aries accompanied by Mercury and Jupiter. Mars has aspect over the tenth house. Viewing this, Vaani Kapoor, Indian Actress achieves success as a talented actress who along with Hindi films also works in Telugu film.

On viewing position of planets in Leo “Surya Kundli” and deliberating on effect of transit by major planets we try to explore prospects of Vaani Kapoor, Indian Actress in near future.

Wily Saturn currently transits in own sign Capricorn and move in retrograde mode. Retrograde Saturn moves through the sixth house in ‘Surya Kundli’.  From around last week of September 2020, Saturn becomes direct in motion. Saturn moving through the sixth house has aspect over the 12th house linked with loss, lack of recognition of hard work and hard times in general. Viewing this Vaani Kapoor needs to refrain from taking undue risk for financial gain. Vaani Kapoor needs to try increasing meaningful contacts which may work well to push ahead her prospects on occupational and financial front. Vaani Kapoor, Indian Actress needs to look at ground reality and accept new challenges to push ahead her prospects.

Benevolent Jupiter currently transits in own sign Sagittarius in retrograde mode. Viewing these positive vibes of Jupiter is not to be much effective. From mid of September 2020, Jupiter becomes direct in motion.  Jupiter moves in opposition to natal Venus stationed in the eleventh house. Jupiter moving through the fifth house aspects Natal Mercury in ‘Surya Kundli’. Positive vibes of Jupiter over natal Venus and natal Mercury leads to encouragingly progressive time for Vaani Kapoor in near future. Vaani Kapoor, Indian Actress gets more opportunity to exhibit her talent as an actress and attract more viewers to watch her performance. In turn Vaani Kapoor gets heartwarming financial gain.

On viewing planetary position in Leo ‘Surya Kundli’ and deliberating on effect of transit by major planets, we view period ahead to be much eventful and encouragingly progressive for most of tine in near future for Vaani Kapoor, Indian Actress. If you are facing problems in life then consult our Best Astrologer In Delhi. 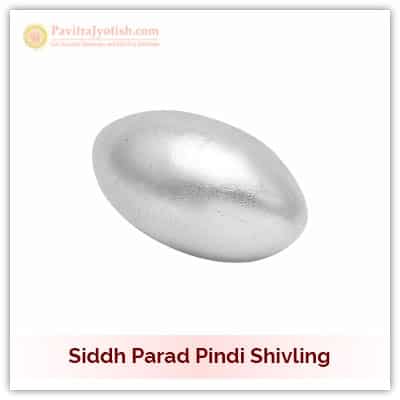 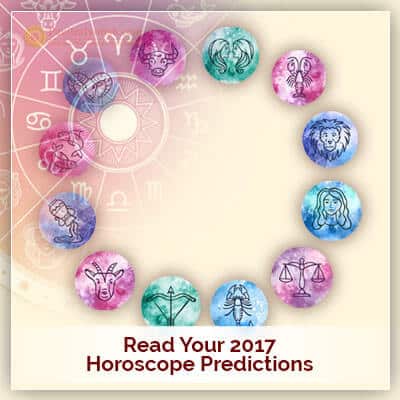