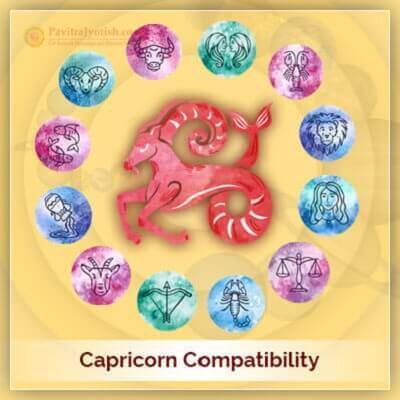 Know Where You Stand In Your Future Relationship

Capricorn Horoscope and Compatibility with Other Zodiac Signs

Are you Capricorn looking for a suitable match to tie the knot? Choose our Capricorn Compatibility prediction our astrological counseling that will help you meet with your zodiac match. With our useful tips, you will find your Capricorn Love Compatibility with other Sign in no time.

Capricorn Zodiac Sign is basically known for its individual strengths; such as they are well-mannered, responsible, self-controlled and so on. The weaknesses of these natives are that they are mostly fixated with the idea of premonition (expecting the worst). Most of the natives also claim to have a lot of knowledge than what they actually possess. In addition, Forgiving is not the part of their persona, which may imply that they have the tendency of holding a grudge for longer until time heals it.

Their patronizing attitude toward other people is another sign of weakness which mischaracterizes their personality in their friend circles. Talking about the interest of Capricorn, the natives do not mind about observing family tradition, which makes them somewhat a staunch follower of rules set by their family chain. In addition, they have a tendency to like anything that is crafted beautifully. Quality of workmanship attracts Capricorn.

Capricorn Compatibility With Other Zodiac Signs:-

Being learned and educated, both the natives lead a difficult relationship, considering neither partner prefers to step down from its own perspectives. This makes their relationship a competitive playground in which the ball never seems to be in a single person’s court. Due to frequent quarrel, the couples may think of pulling apart their relationship as a peaceful riddance. This sort of belief develops due to misunderstanding and sticking to one’s viewpoints without giving up on rigidity.

Under such circumstances, when the relationship of Capricorn and Aries doesn’t seem to work on well, the ideal solution in this regard is to mutually understand and love each other without imposing any condition on each other. This option may seem impractical in view of their hotheaded behavior, but this is one of the best options to handle a contrasting relationship.

If both have their own expectations, they should share them with each other and devise a mutually agreed plan for the sake of their union. Given their Cardinal sign, both the natives will prosper their association by being resourceful and cooperative toward the accomplishment of a common goal.

Taurus and Capricorn can form a relationship based on the foundation of sensibility and practical understanding. They welcome down to earth logic and efficiently work together for the benefit of their union. Involvement of emotional connection is deep-seated, which accounts for making their relationship stronger. The interest of Taurus with regard to love and relationship helps its Capricorn partner to scale the height of their union positively. In fact, this is the union of love (Taurus) and karma (Capricorn) contributing its part to the development of love and discipline in the relationship between Capricorn and Taurus.

Gemini and Capricorn are compatible to form a relationship based on the fact that both are sensible and rational to understand each other’s feelings. There is a slight variation in terms of what they believe on a personal level, something that may cause a rift in their relationship. The issue that they may encounter during the course of their relationship is that they may fail to identify and correlate each other on mutual terms. In other words, familiarity to get along with the relationship will not be there. In other words, either of the natives may have expectations which may not be appreciated by each other on a mutual level. This is something that both must work out for their union to last longer. In truth, their relationship will also have happiness and joviality, constituting a valuable experience for them. Solution to their tense relationship is that both the natives must mutually regard each other and achieve a common goal together for the sake of their union.

The relationship between Capricorn and Cancer is based on love and respect. Astrology suggests that the natives will lend more gravity on the karmic side of sustaining their relationship and will try all conceivable efforts to thrive it and make it worthwhile. Problems may occasionally appear in their lives, but to ensure no rift is created in their relationship; both the natives must focus on the present and future, avoid getting obsessed with the unpleasant past. Remembering an unkind past will only worsen their relationship, causing its lifespan to shrink into a forever skirmish.

Is there compatibility with Capricorn and Leo if they form a relationship? A question like this often induces a feeling of confusion in most people. Well, the answer is, both the natives afford quality compatibility between them, even though occasional disturbances may try to disrupt it otherwise. What qualifies their relationship to work better is their ability to comprehend the feeling of each other on a mutual perspective.  However, they must ensure that whatever personal priority they tend to set forth in their lives must not compromise the unity of their relationship. Hence, both must show sensitivity toward each other. Living in a relationship is not an easy task; hence, Capricorn and Leo partners should bring beneficial outcomes to their relationship through deeds accomplished on mutual cooperation.

The relationship between Capricorn and Virgo’s partner is enviously good. They perfect their union through mutual understanding and respects, irrespective of odds they face in the process. They believe in the doctrine of constructing a relationship through love, trust, and regards. They exercise a detailed analysis of the mutual front in order to manifest perfection in their union.  To build relationship constructively better, the natives must share enough time to spare their emotional intelligence and approach toward each other.

Capricorn and Libra form a relationship that is hard, not in terms of being cold and unresponsive toward each other, but in terms of an astrological factor, signifying that such relationship risks dominion of negative energy. The happiness and joviality dwell in their union and they manage to last it longer. However, any faulty relationship like this one has its astrological solution. Hence, obtain such a solution from a learned astrologer to correct your marital alliance with your Libra partner or vice versa.

Meanwhile, Capricorn and Libra both must show respect for emotional values of each other, if they want their relationship to move further. Instead of dominating each other with their self-held maxims, they should better sit together and sort out present differences.

Capricorn and Scorpio form a compatible relationship united by an understanding of the value of each partner. They form an enviable relationship based on truth and regards. Their nature of thinking deep and avoiding belligerent factor help them sustain their union for longer.  Their Karmic contribution to their relationship is all about showing maturity and intellectual wisdom. Profound connection between them grows up eventually, even though at first they may not trust or shy away from each other.

Scorpio will contribute from its part to helping its Capricorn partner get educated about appreciating the value of on surface wisdom of its partner. This leads to a better understanding of each other deeply, something necessary to keep the relationship build in a better way. Both the natives should include everything necessary to build their union constructively.

Emotional values and respects, if exchanged on the mutual count, will beautify and prosper any relationship. In the context of Capricorn forming a relationship with Sagittarius partner, their union will not succeed into the positive transition of a domestic life, unless they understand the importance of shared responsibility and priority. In this case, both the natives don’t promise to have a cordial relationship. The reason is – both seem to have their own set of priorities and responsibilities for their individual life. And this is quite a problem for their union.

However, if both they embrace mutual understanding and acceptance, there is a ray of hope that they will manage to sustain their union for longer. To be noted here – when Capricorn and Sagittarius form a relationship trust and mutual respect do not build up overnight. It takes time for both to come to the mutual acceptance of their individual point of views, though it all depends on their maturity quotient and equilibrium of their emotional intelligence to appreciate each other’s situation in a wise way.

Traits of both the natives also play a vital role in setting up their union. For instance, Capricorn is passive and detail-oriented, whereas Sagittarius appreciates creativity and knowledge to serve its vested-interest well. This is undoubtedly a trait contrasting each other’s character. Therefore, under such circumstances when traits of both the natives stand in contrast to each other, only by the application of sanity, prudence and wisdom will they manage to carry forward their relationship.

So, what is the best thing about their relationship?

Despite some negative elements, astrology prediction says that these two partners are a good love match. They understand how to magnify their inner energy force and synergize it to achieve success through shared activity.

Since both the natives are represented by Sea Goat, they may be at cross purpose arising out of personal ambitions, and the result of their temperament flaring up occasionally may be possible.

At the beginning of their relationship, both the natives will not confidently trust each other and would shy away from each other occasionally. But that’s not what characterizes their union. In due course of times, they will come of understanding and will appreciate their bond of love grown in the process of learning from each other’s intellectual thinking. However, due to the mutable nature of Capricorn and Aquarius, the possibility of their love to die down is set to arise. To conclude finally, as long as both appreciate their union, in spite of difficulties, nothing will separate them.

Capricorn and Pisces relationship is reciprocal, meaning both will benefit them by bringing out positive energy force of each other. The tendency of Aquarius is that the native is more inclined toward an idealistic approach in life that it maintains in almost every activity. The tendency of Capricorn is that it maintains an offbeat and rational perspective toward life. From the surface analysis, both the natives may appear contrasting each other based on their traits, but once they fall in love with each other, an inseparable bond is set to arise.

At last, if you are Capricorn-born looking for a solution about best Capricorn and Pisces Compatibility with your desired zodiac sign, counseling and prompt solution by a Renowned Astrologer in Delhi Near Me, India, Mr. Umesh Chandra Pant, will be of great value for your quest. Consult him today and have your Capricorn Astrology read by him. He is India’s leading figure as an erudite Vedic Astrologer. 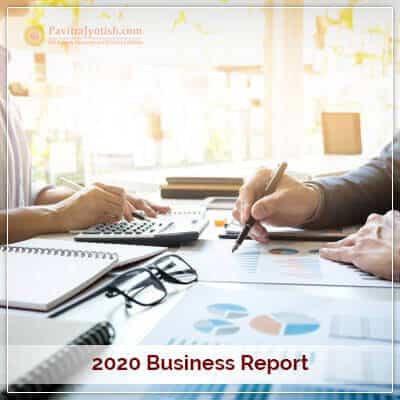 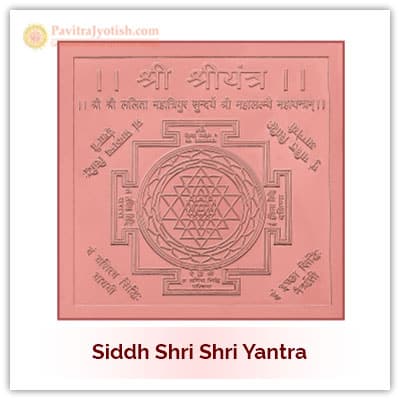 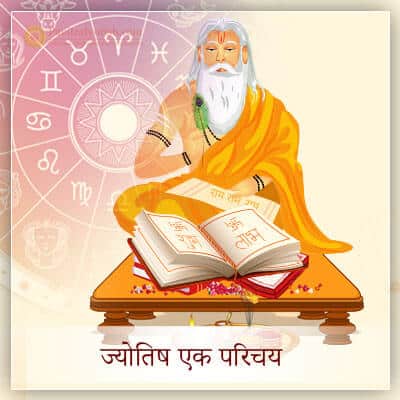