The teenage pop sensation in the world, Justin Drew Bieber, World Famous Canadian Singer-Songwriter and Actor was born on March 1, 1994 to the family of Jeremy Jack Bieber and Patricia “Pattie” Mallette. The only child parent out of wedlock, Justin grew up in an ancestry belonging to French-Canadian, Irish, English, Scottish, and German. He attended an elementary school of French Immersion in Stratford. He gained command over playing various instruments, such as piano, drums, guitar, and trumpet. He did his graduation from high school in Stratford, Ontario, the St. Michael Catholic Secondary School in 2012. Justin had a taste for music and it was soon proved when a former marketing executive of So So Def Recordings came to know about Bieber through his youtube videos. Impressed, he roped in Justin’s mother, and finally Braun recorded demo tapes and he began to sing for Usher, a famous American singer. The first single of Justin “One Time” was released in the radio and it reached number 12 on the Canadian Hot 100. Soon the song became an international hit. Later, from his debut album, My World 2.0, the song “Baby” soon became an international sensation, topped at number five on the US Billboard Hot 100. The singer-songwriter and actor, Justin is a worldwide phenomenon who has received several awards and nominations, including 12 American Music Awards, 20 Teen Choice Awards and 22 MTV Europe Music Awards.

Team PavitraJyotish is making an astrological analysis on the life of world-famous singer, Justin Bieber in the following horoscope chart and representational narratives.

Birth Details of Justin Bieber are as per given below: 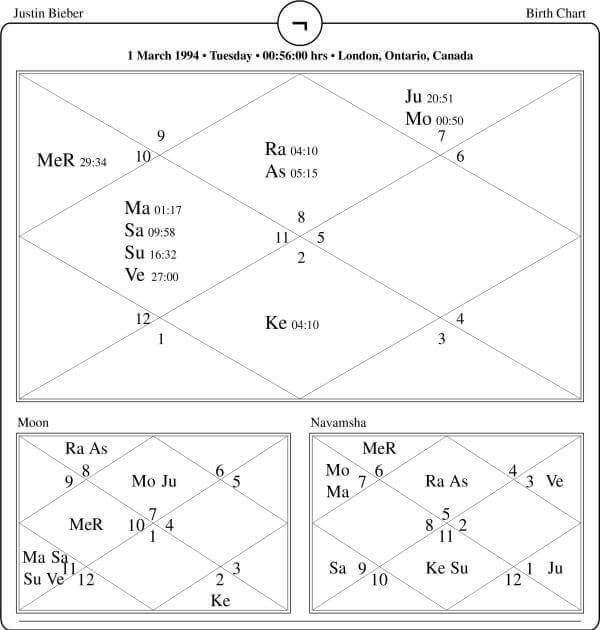 Scorpio the eighth Sign of the Zodiac, courted by the balanced Libra on one side, and the flamboyant Sagittarius on the other, is neither like the former nor the later. These water run deep – deeper and more intense than meets the eye! Well, that’s another way to define the potent, proactive and unpredictable Zodiac Sign of Scorpio. The extremely intriguing Scorpios are as mysterious as they come. Born with a typically ‘water element’ emotional and intuitive approach towards life and problem solving, sensitive Scorpios are known for their fierce loyalty and fiery response to love, life and betrayal.

Ruler of the Ascendant Mars is in last of air sign Aquarius along with ruler thereof Saturn, Sun and Venus. All the four are positioned in the fourth house. This cluster of four planets leads Justin Bieber, Actor to be much passionate about becoming a talented singer and writing songs which becomes popular with younger generation. Crafty Mercury is retrograde in earth sign Capricorn and positioned in the third house. Benevolent Jupiter is in mutable air sign Libra along with Moon and is stationed in the 12th house. This position works well for Justin Bieber to become rich, wealthy. Shadow planet Rahu is in a water sign Scorpio and positioned in the first house. Malefic Ketu is in a fix nature earth sign Taurus and stationed in the seventh house.

In Navmansha D9 chart, Sun and Moon become ‘Vargottami ‘and gather strength. Mercury on being own sign, gathers strength.

Justin Bieber, Canadian Singer-Songwriter is currently under the influence of Mercury sub period in major period of Jupiter till February 24th 2022. This indicates eventful and encouragingly progressive time ahead for Justin Bieber, Actor.

Wily Saturn currently transits in last of fire sign Sagittarius along with malefic Ketu. Both move through the second house, linked with finance and family mainly. Saturn moving through the second house aspects the fourth house along with own radical position therein and also radical position of Mars, Sun and Venus. This movement and influence of Saturn induces Justin Bieber to exert more and focus on his creativity to write enchanting songs and get acclaimed by listeners of younger generation. This movement of Saturn indicates eventful, encouragingly progressive time and adds to his prosperity.

Jupiter currently transits in own sign Sagittarius. Jupiter moves through the second house in company of Sagittarius and malefic Ketu already moving therein. Jupiter moving through the second house aspects the sixth and the tenth house, linked with occupation. Positive vibes of Jupiter pushes progressive forces to work much effectively and in turn Justin Bieber gains financially.

From end of March 2020, Jupiter enters earth sign Capricorn. Jupiter gets debilitated in Capricorn. Jupiter moves through the third house along with ruler thereof Saturn already moving therein. This movement of two major planets can lead to major change for betterment of Justin Bieber, Canadian Singer-Songwriter. However, Justin Bieber needs to remain aware about ground reality and act accordingly. Justin Bieber, Canadian Singer-Songwriter gets more opportunites to exhibit his ability as a talented song writer and singer as well. However, things are to move slowly for Justin Bieber on occupational front initially. From around mid of May 2020, Jupiter becomes retrograde in motion. From end of June 2020, Jupiter moving in retrograde mode again enters own sign Sagittarius. From around mid of September 2020 Jupiter becomes direct in motion and keeps moving through the second house. Viewing this, Justin Bieber, Actor gets opportunity to revive his prospects. He now starts attending opportunity, which he overlooked earlier. Progressive forces are to keep working effectively and in turn Justin Bieber gets encouraging opportunity to have handsome financial gains.

After due deliberation on effect of transit by major planets, period seems eventful, encouragingly progressive and adds to his prosperity. However, Justin Bieber needs to accept new challenges willingly and keep working over the same to push ahead his prospects. 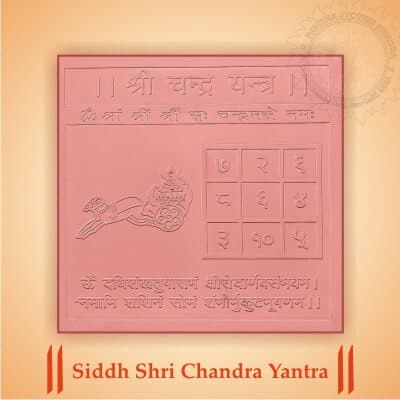