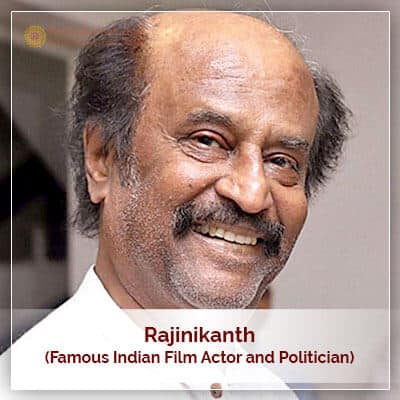 Shivaji Rao Gaekwad, famously known all over India as his stage name Rajinikanth is one of the most distinguished actors both in Hindi cinema and Tamil cinema. Before he became a movie star, Rajinikanth was working as a bus conductor in BMTC/ Bangalore Metropolitan Transport Corporation. Soon after he debuted his film career in a cameo role for a drama film Apoorva Raagangal released on 1975. Both as an actor and a politician, Rajinikanth has an enormous mass appeal and is hailed in reverence due to his dignified mien culminating his influence as an actor amongst his countless fans. His movie, Sivaji released on 2007 was not only commercially successful but soon he was hailed as the highest-paid celebrity next to global martial-art action star; Jackie Chan. Rajinikanth, Famous Indian Film Actor and Politician were born on 12 December 1950 in Bangalore to a Maratha family consisting of his housewife mother and a police constable father named Ramoji Rao Gaekwad.

The name of Rajinikanth is derivative of the highly famed warrior king of Maratha, Chhatrapati Shivaji.  He is said to be quite mischievous and studious during school education in childhood and post completion of the same, he tried his luck in random jobs in Bangalore and Madras, doing different works, from being a coolie to a carpenter, and bus conductor…until his fortune favored him and he got a break in a drama film, Apoorva Raagangal. In early days of his film career, Rajinikanth appeared in an experimental film called Katha Sangama, and later in Anthuleni Katha, Aval Oru Thodar Kathai, and MoondruMudichu. His cinematic breakthrough came in films like Aayiram Jenmangal, Maathu Tappada Maga, Ilamai Oonjal Aadukirathu and so on. Rajinikanth is said to be hugely inspired by Bollywood megastar Amitabh Bachchan and emulated his cinematic performance of Amar Akbar Anthony to a film Shankar Salim Simon. Thus, he did nearly 11 movies which were the remakes of films in which Amitabh Bachchan acted. There was a time when Rajinikanth was about to call it a day to acting career but was convinced otherwise post the success of his movie, Billa (1980), which was the remake of the film Don (1978) with Amitabh Bachchan.

Another commercial hit of his film, Murattu Kaalai helped him establish as one of the most popular actors in South Indian cinema. In addition, he acted in Bollywood films, including Giraftaar, Hum, Bhagwaan Dada, and Andha Kanoon among others. He also appeared in science fiction Tamil movies, Enthiran and its sequel 2.0. Rajinikanth is the recipient of several awards and accolades including cinema express awards, Padma Bhushan, Raj Kapoor Award, most stylish actor award, Padma Vibhushan, and many awards he won under the category of best actor.

We at PavitraJyotish are conducting an astrological analysis on the life of Rajinikanth through the following Horoscope chart.

Birth Details of Rajnikanth are as per given below: 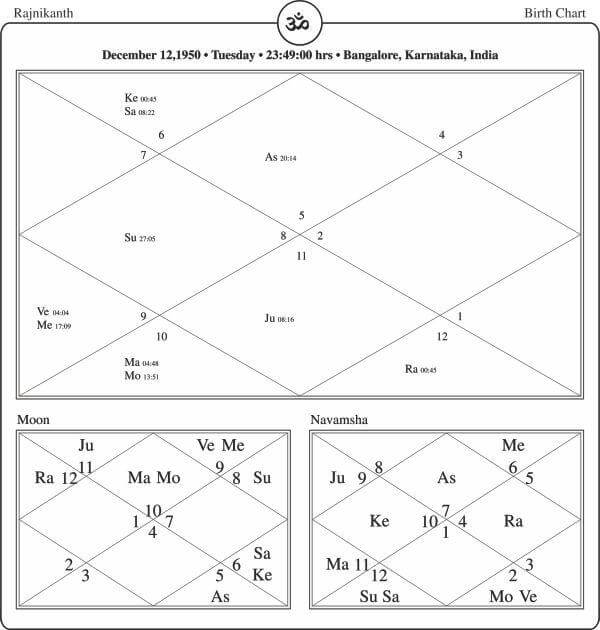 Rajinikanth, Politician has made his mark in Tamil and Hindi films as well. His influence over masses is surely commendable.

Rajinikanth, Famous Indian Film Actor and Politician is born with Leo Ascendant. Ruler of the Ascendant Sun is in a fix natured water sign Scorpio, ruled by Mars. Sun is posited in the fourth house. Mars is measured as a most beneficial planet for Leo Ascendant. Mars is in its sign of exaltation earth sign Capricorn along with Mon and placed in the sixth house. This position of Mars provides energy and courage to face adversity. This can also lead to getting injured unexpectedly. Rajinikanth, Famous Indian Film Actor and Politician needs to take due care in this regard. Wily Saturn is the ruler of the sixth and the seventh house. Saturn is in a dual-natured earth sign Virgo along with malefic shadow planet Ketu and stationed in the second house. This can lead to unexpected financial loss and pollutes harmony in family life. The second and the eleventh house is the domain of crafty Mercury. Mercury is placed in a dual-natured last of fire sign Sagittarius along with dear Venus and posited in the fifth house. Jupiter holds a portfolio of the fifth and the eighth house. Jupiter is in last of air sign Aquarius and stationed in the seventh house. This position of Jupiter can lead to disturbance in conforming to relationships.  Malefic shadow planet Rahu is in a dual-natured last of water sign Pisces and positioned in the eighth house. This can lead to some long-term ailment for Rajinikanth, Politician. He needs to take care in this regard.

For the whole of the year 2018 and 2019, wily Saturn traverses through a dual-natured last of fire sign Sagittarius. Saturn then moves through the fifth house in his chart. During transit, Saturn crosses over the radical position of Venus and Mercury in the fifth house.  This can lead to worry about his progeny. Some issue on the social front can bother Rajinikanth, Politician. Saturn also eyes the second house along with its own radical position and that of Ketu stationed in the second house. This can lead to unexpected expenses and some financial loss as well. Rajinikanth, Famous Indian Film Actor and Politician needs to handle matter related to finance much cautiously during the year 2018 and 2019. Transiting Saturn also views the seventh house along with the radical position of Jupiter placed in the seventh house. This can result in an issue with one in a confirmed relationship. Some controversy on social front is to trouble him. Rajinikanth needs to keep his cool and handle this much tactfully.

Overall transit of Saturn is to prove a kind of challenging time for Rajinikanth, Politician. He needs to trade cautiously and not go overboard.

From May 2018 to around the beginning of November 2018, Mars repeats its radical position and that of Moon in Capricorn. Now Mars moves through the sixth house and eyes the 12th house and the Ascendant. This indicates the possibility of getting injured unexpectedly. Rajinikanth, Famous Indian Film Actor and Politician needs to take due care in this regard. Experiencing a heart stroke also has a strong possibility here.

From around beginning of August 2018 till the end of the year 2018 dear Venus moves through its own sign air sign Libra. Now Venus traverses through the third house in his birth chart. This is to lead shaping of new relationships. He needs to trade cautiously in a new relationship, more so when Venus turns retrograde.

Benevolent Jupiter traverses in air sign Libra through the third house till around mid of October 2018. Jupiter then moves into a fix natured water sign Scorpio through the fourth house in his chart. Around April 2019 Jupiter makes move in its own sign dual natured last of fire sign Sagittarius. Here Jupiter remains for a short period of around a month and turns retrograde. During retrogression, Jupiter reenters water sign Scorpio. From around October 2019, Jupiter again enters fire sign Sagittarius and remains therein beyond the end of the year 2019.

Worry about your career?  Avail our Career Horoscope and demystify the success and unanswered mystery of your career’s growth.

During transit in an air sign, Libra Jupiter eyes the seventh house along with its own radical position therein. Cohesive force is to become strong now. This works well in preserving warmth and harmony in confirming and in a relationship with near ones. This movement of benevolent Jupiter is to facilitate good opportunity to have a handsome financial gain. Issue/difference if any with near one in the relationship is to be resolved amicably. This movement of Jupiter is to induce Rajinikanth, Politician to adopt a kind of pragmatic approach on social as well as the political front. He will be able to enhance his reputation as a mature politician and have a larger platform to perform.

Transit of Jupiter through a water sign Scorpio can work well for Rajinikanth, Famous Indian Film Actor and Politician on the political front. During transit in Scorpio, Jupiter crosses over the radical position of mighty Sun positioned therein. This movement of Jupiter is to facilitate the opportunity to enhance his reputation as a mature and wise politician. Progressive forces are to work well for Rajinikanth, Politician now. He may be able to do something positive for the general good. He is to sound more accommodative here.

On viewing all these movements of major planets years 2018 -19 seems positively challenging and eventful for Rajinikanth, Famous Indian Film Actor and Politician. He is to have notable achievement as an actor and also on the political front. 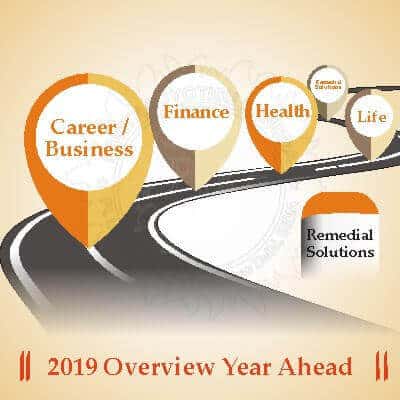 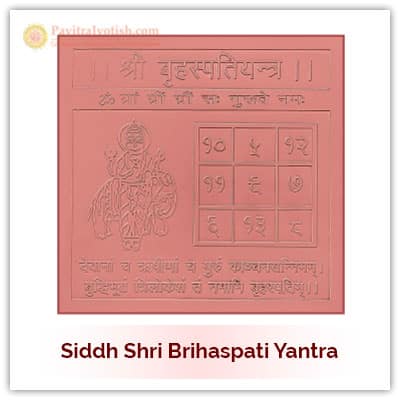 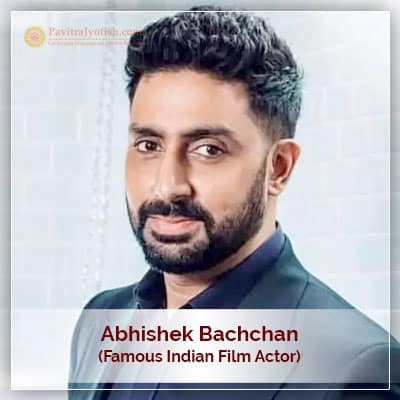