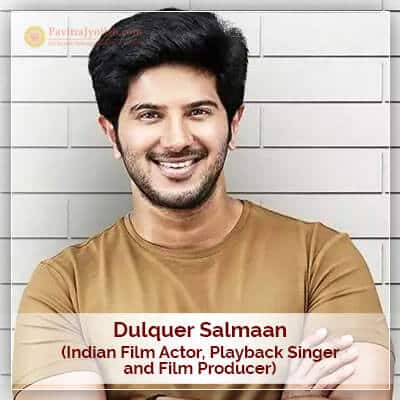 The Astrological Analysis On The Life Of Dulquer Salmaan

Dulquer Salmaan, a noted film actor, playback singer and film producer, was born on 28 July 1986, to his parents, Mammootty, and Sulfath. Graduate in Business Management from America’s Purdue University, he took the training of acting at the Barry John Acting Studio in Mumbai and later, he worked in Hindi, Tamil and Telugu films. Recipient of four Filmfare Awards South and one Kerala State Film Awards, Dulquer appeared in lots of superhit movies, including Second Show, ABCD: American-Born Confused Desi, and Vaayai Moodi Pesavum etc.

We are conducting an astrological analysis on the life of famous actor, producer and singer, Dulquer Salmaan, as being discussed in the following details.

Birth Details of Dulquer Salmaan are as per given below: 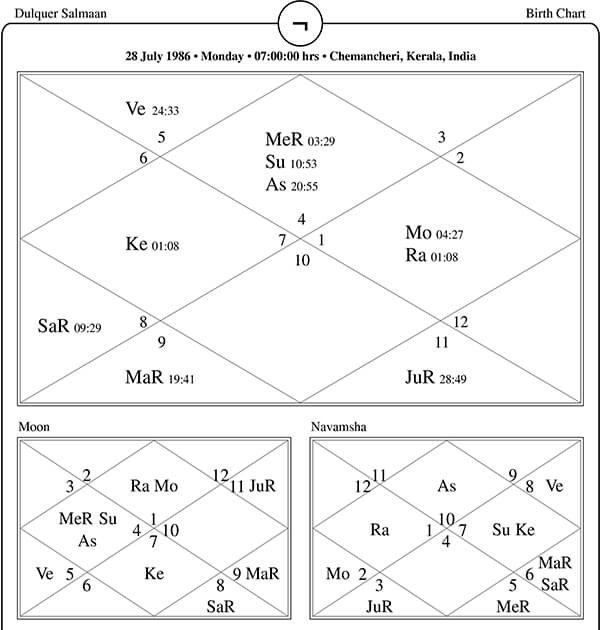 Dulquer Salman, Indian Film Actor is born with mighty Sun in a cardinal water sign Cancer. The ruler of the Cancer Zodiac Sign is Moon.

A   complex one, both at its best and its worst, Cancer is one of the most intriguing signs of the zodiac. Ruled by Moon the moody, temperamental Cancer is a sensitive, emotional, watery Sign and can be closely associated with its animal symbol ‘Crab’. They are ambitious and independent and dream to start their independent business venture. This is because, Cancer’s 10th solar House (of Career) cusp is ruled by Aries, but they often hesitate to live their dream. They want to live an active life and take up a career, which allows them to explore their potential.  Emotions being the most important factor in their lives, they often fear they may hurt someone’s feelings. This is what holds them back from pursuing their dreams.

In Cancer solar chart, Sun is associated with retrograde Mercury. This union supports best of ‘Budhaditya Yoga’. This means the concern person earns well enough by his own effort and intelligence. Ruler of Solar chart, Moon is in first of cardinal sign Aries and along with shadow planet Rahu gets placed in the tenth house. This position keeps Dulquer Salmaan, Indian Film Actor active and remains determined to rise in his occupation as a talented actor. Malefic Ketu is in a cardinal air sign Libra and positioned in the fourth house. Ruler of the fourth house Venus is in fire sign Leo and stationed in the second house, linked with finance and family. Presence of Venus in the second house supports Dulquer Salmaan, Playback Singer to become richer and wealthier. Saturn rules the seventh house and also holds portfolio of the eighth house. Saturn is retrograde in water sign Scorpio and positioned in the fifth house. Saturn moving through the fifth house has aspect over the second and the seventh house. With Saturn having eye on the second house, Dulquer Salmaan, Playback Singer needs to plan finances with long term in view and keep enough provision for contingency. Lord of the tenth house Mars is retrograde in last of fire sign Sagittarius and stationed in the sixth house. This leads Dulquer Salmaan, Indian Film Actor to become great Trier and a visionary person who views coming new ground reality and make moves accordingly. Benevolent Jupiter is retrograde in last of air sign Aquarius and stationed in the eighth house. Jupiter and Venus are in opposition to each other. This position is supportive for Dulquer Salmaan to amass lot of money.

In D10 chart, retrograde Mars along with Sun is positioned in the tenth house. Exalted Moon is in the ninth house. In opposition to exalted Moon, Jupiter is in the third house. These positions indicate that Dulquer Salmaan, Indian Film Actor has risen up as a versatile actor and made name in Tamil film industry by his hard work.

After viewing position of planets in Cancer solar chart and deliberating on effect of transit by major planets on prospects of Dulquer Salmaan, Playback Singer in near future.

Wily Saturn currently transits in own sign in retrograde mode. Saturn moves through the seventh house, in opposition to natal position of mighty Sun and retrograde Mercury. Viewing this Dulquer Salmaan seems in for major change for betterment. However, Dulquer Salmaan, Indian Film Actor needs to look at ground reality and make moves in accordance with the same. Some new challenges are to come up for Dulquer Salmaan, Playback Singer. He needs to accept new challenges and keep working over the same to put up improved performance and also produce film which attracts more viewers. However, progressive forces are to move slowly here. Dulquer Salmaan needs to keep his cool and have patience on his side.

Shadow planet Rahu currently transits in a dual nature first of air sign Gemini and moves through the 12th house in solar chart. Malefic Ketu moves through the sixth house. Ketu moving through the sixth house crosses over natal position of retrograde Mars stationed therein. This indicates Dulquer Salmaan, Playback Singer to have some change for betterment. Some odd situation can come up. Change comes suddenly for Dulquer Salmaan, Indian Film Actor. He needs to be prepared to handle new challenges on road to progress.

Benevolent Jupiter is retrograde and currently transits in last of earth sign Capricorn. Jupiter becomes debilitated in Capricorn. Jupiter moves through the seventh house in company of retrograde Saturn. Both move in opposition to natal position of Sun and retrograde Mercury. Two major planets moving through the seventh house in solar chart, indicates that something bigger seems in offing for Dulquer Salmaan in near future. However, with both major planets moving in retrograde mode can slow down pace of progress.

On viewing planetary positions in Cancer solar chart and deliberating on effect of transit by major planets, period seems eventful and encouragingly progressive for Dulquer Salmaan. In turn Dulquer Salmaan becomes richer and wealthier in near future. However, in between Dulquer Salmaan, Playback Singer experiences kind of dull period. Dulquer Salmaan needs to keep his cool, avoid conflict and keep off from controversy. Reputed and Best Astrologer In South Delhi offering you the most competent Astrology Solution for day to day problems.

Don’t forget to read: About Ram Charan Horoscope and About Gautham Menon Horoscope 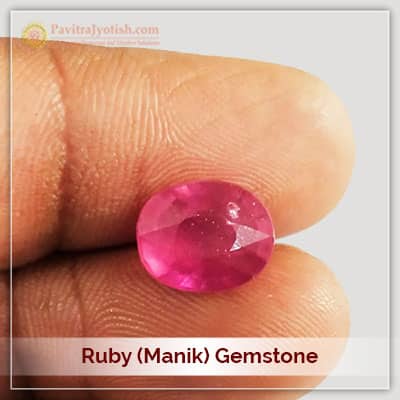