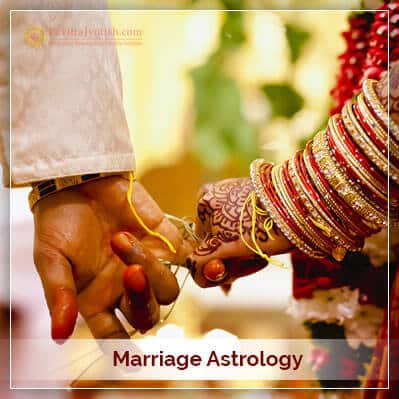 Most reliable and affordable marriage problem solution by the experienced astrologer in marriage problems astrology and its doctrines. One can bring forth peaceful union and win over all the problems causing their marital relationship become troublesome.

Marriage – The Bond Of Love Or The Curse Of Union?

Who doesn’t want to savor in the beauty of their marital bliss? The dream to own up a union of forever love is a desire of all the married or to be married people. The fantasy of living in the bliss of mutual harmony is such an ethereal sensation that compensating the same with the monetary term is next to impossible. However, not all marital lives see the fate of forever happiness. Marriage of today’s world is fraught with so many burning issues, such as hate, rage, disrespect, melancholy, grudge, daily quarrel over petty issues, no sense of belonging to each other for which the couple once swore to uphold through trials and tribulations. The mutual feeling of distrust and disrespect is the collective sin of today’s marriage, which can be said one of the most potent reasons why most marriages fall apart. They never see the brighter days of their union.  The mounting numbers of divorces and marital annulment cases pose to us a serious question of whether the sacred relationship between two souls would ever come to a respectable bond of love? Yes, we have to seriously work on today’s rising cases of Marital Problems issues for the sake of this sanctified bond of two partners but also for the sake of ensuring societal harmony in the long run.

How to Solve the Marital Problems with Astrology?

Marriage is beginning of new life. Marriage is union of two persons of opposite sex. Pleasure of physical intimacy is experienced by both a male and a female in married life. This pleasant experience becomes a binding force on both persons. This union leads to birth of progeny. Both persons are pleased by birth of progeny. Arrival of progeny gives a new purpose in life of both married ones. If person’s married life is happy and pleasant male works in his assignment with dedication and commitment. If otherwise marital life is not happy, kind of frustration keeps the concerned person feel low at time. Person finds it difficult to work efficiently. Unhappy married life is kind of curse for both concerned. 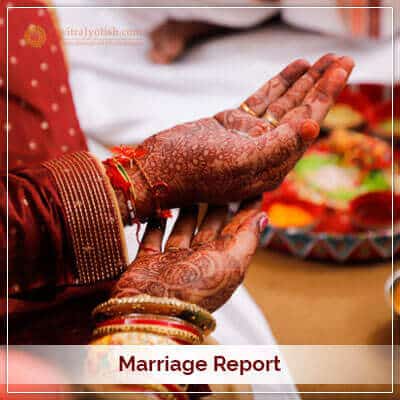 In our astrological Remedial… 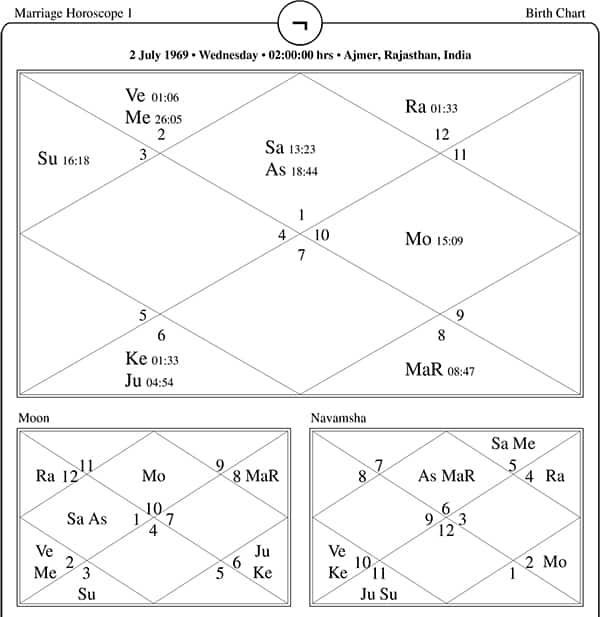 The person is born with Aries Ascendant. Ketu and Jupiter are posited in the sixth house. Retrograde Mars is in own sign Scorpio and placed in the eighth house. In this way the seventh house gets disturbed with two malefic on each side. Ruler of the seventh house Venus is in own sign Taurus and along with Mercury and gets placed in the second house. Both are in opposition to retrograde Mars posited in the eighth house. He deals in Auto-part. Due to mismatch of temperament he divorces wife in 1999. He married second time in 2001 and remains happily settled. 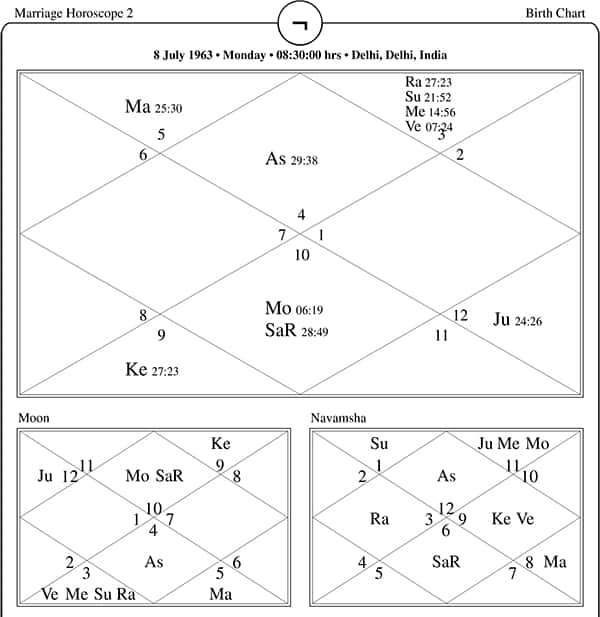 She is Advocate in Apex court. She is born with Cancer Ascendant. Ruler of the Ascendant Moon along with Saturn is posited in the seventh house and made Viskumbh Yoga. Bunch of four planets gets placed in the twelfth house. Ruler of the third and twelfth house Mercury along with Venus, Sun and Shadow planet Rahu get placed in the twelfth house. Ketu placed in sixth house. Mars is in fire sign Leo and stationed in the second house. In spite of strong Jupiter has positive influence of Jupiter over the ninth house, the lady stays away from her husband with two daughters. 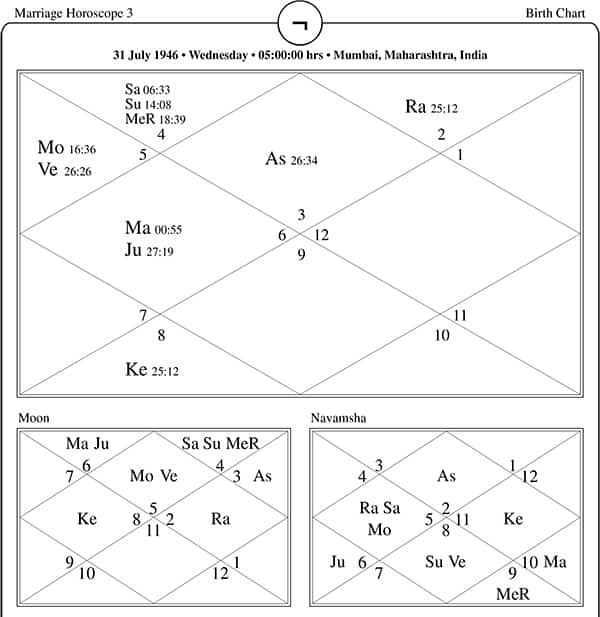 She born in Gemini ascendant and ascendant lord Mercury placed in second house with Sun and Saturn. She made debut in Film in 1963. In 1975 she married a Gujarati businessman. She made her name as talented actress, who performs in different roles successfully. After 15 years of married life she separated in 1990. She has two daughters who lived with her for rest of life. 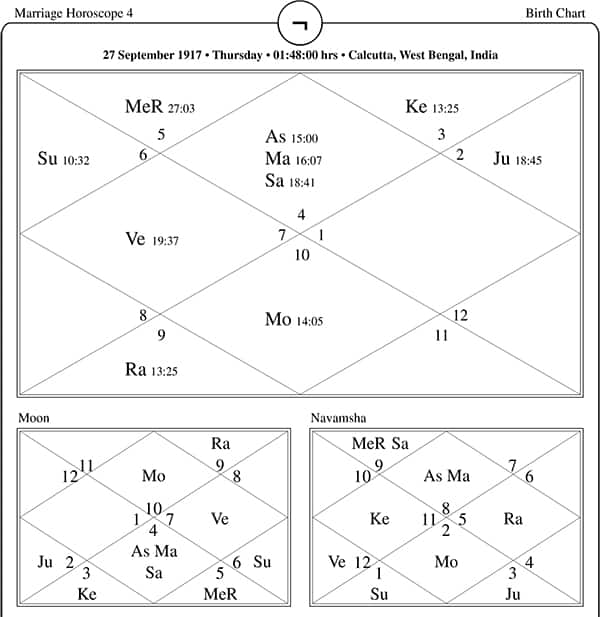 She is born with Cancer Ascendant and Mars, Saturn is stationed therein. She became famous as Thumri singer. The ruler of the seventh house, Saturn along with malefic Mars stationed in the first house. Shadow planet Rahu is in last of fire sign Sagittarius and stationed in the sixth house. She married in a royal family. She became widow early. 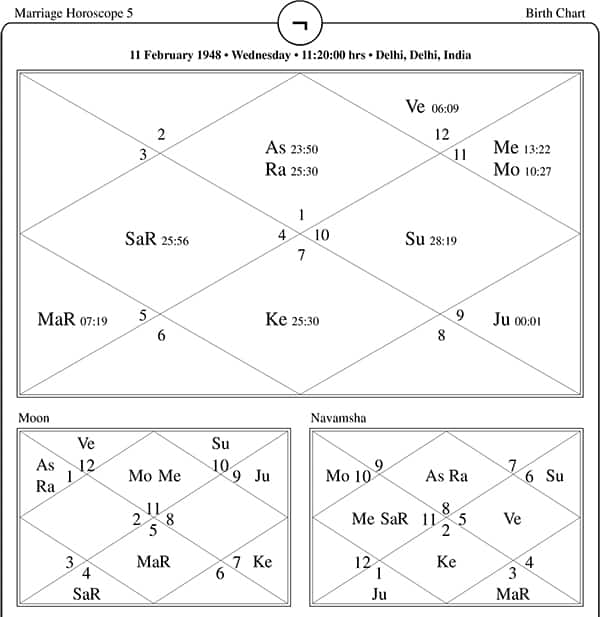 She is born with Aries Ascendant. Shadow planet Rahu is stationed therein. Ruler of seventh house Venus is exalted in last of water sign Pisces and stationed in the 12th house. Her husband is Textile Engineer. She runs her own business of handicraft successfully. She enjoys a happy and pleasant married life.

Consult our expert astrologer for effective astrological remedies for marriage problems, issues on marriage, and Remedial Measure For Marriage and its related issues. Besides, avail the service of Detailed Kundali Matching, Marriage Ask 1 Question, and detailed Marriage Report connecting all dots towards a successful marital union.

In our astrological Remedial… 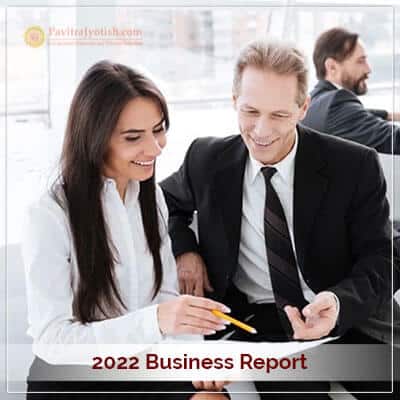 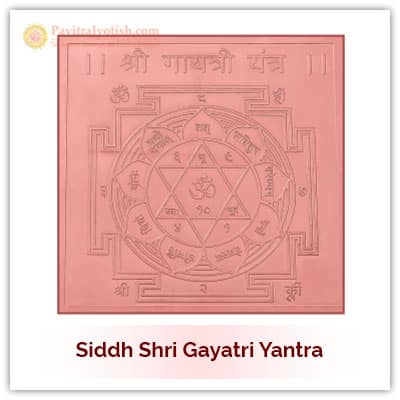 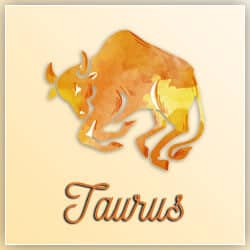