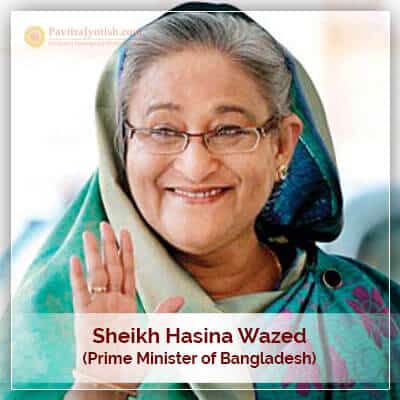 Learn What Does Astrology Say About Sheikh Hasina, PM Of Bangladesh

Sheikh Hasina Wazed, 10th Prime Minister of Bangladesh, is one of the most distinguished and influential politicians of Bangladesh remembered as the only politician in the country’s history who has served as the Prime Minister for the longest period. Born on 28 September 1946 to the family of Sheikh Mujibur Rahman who was the first President of Bangladesh, Sheikh Hasina has to her credit the impressive portfolio of political career spanning over 4 decades. She also spearheaded the Bangladesh Awami League and later surfaced on political landscape of the country as its Prime Minister after snatching landslide victory in 2008. When in the year 2014 she graced the same portfolio (PM of Bangladesh), it became her third term which was also remarkable as she had won the election without being opposed for which she drew flaks from international observers, let alone facing backlash from opposition parties in the country. When she served as Prime Minister of Bangladesh for the fourth term on December 2018, this incident was also not without controversy as the election was marred with violence and denunciations of the opposition parties. She was ranked 26th on Forbes’ list of The World’s 100 Most Powerful Women in 2018 and later on 30th in 2017. Sheikh Hasina is also remembered in her country as a leader for pushing economic growth of the country up ahead under her tenure.

We at PavitraJyotish are conducting an astrological analysis on the life of Sheikh Hasina Wazed, Prime Minister of Bangladesh, as narrated in the following Horoscope chart.

Birth Details of Shaikh Hasina Wazed are as per given below: 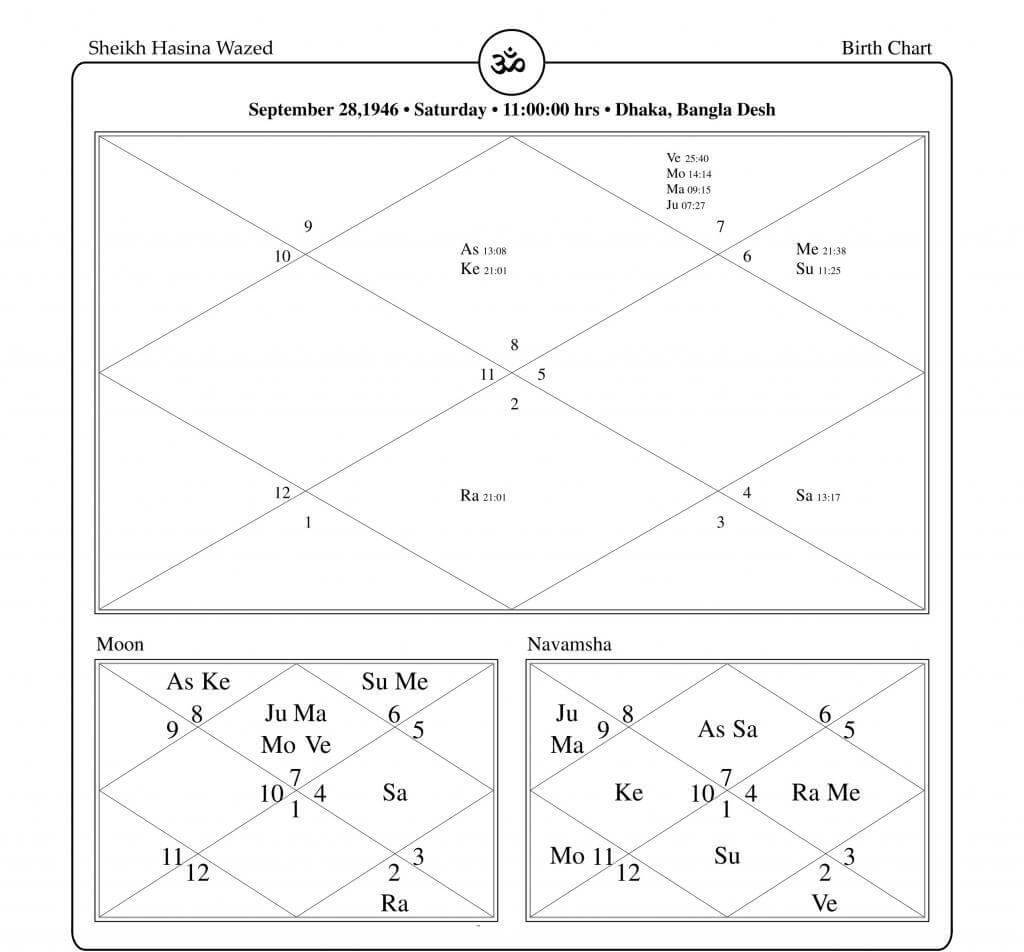 It won’t be an overstatement to say that Scorpios are different, difficult and dangerously interesting! The 8th Sign of the Zodiac, courted by balanced Libra Zodiac Sign one side, and the flamboyant Sagittarius on the other is neither like the former nor the late. An apt way to describe them would be to compare them to the mythical bird Phoenix – the one who had the ability rise from ashes! The fierce, often blinding, self-belief, the incomparable power to rise above adversity the fierce reactions and mind-boggling intensity-all that is Scorpio, and then, some more. Scorpios are as mysterious as they come. Born with typically ‘water element’ emotional and intuitive approach towards life and problem solving, sensitive Scorpios are known for their fierce loyalty and fiery response to love, life and betrayal.

Ruler of the Ascendant Mars is in air sign Libra. Mars is in company of benevolent Jupiter, ruler of the seventh house Venus and Moon. All are positioned in the 12th house. This position indicates her high level of commitment about achieving her objective. Sun rules the tenth house in her chart. Mighty Sun is in a dual nature earth sign Virgo along with ruler thereof crafty Mercury. Both are stationed in the eleventh house. This leads her being much intelligent and knowledgeable person. Wily Saturn rules the third and the fourth house. Saturn is in a water sign Cancer and positioned in the ninth house. This position of Saturn indicates about hard time she had in early life. Shaikh Hasina Wazed, Prime Minister of Bangladesh has to exert more to achieve her objective. Malefic Ketu is in water sign Scorpio and stationed in the first house alias the Ascendant. Shadow planet Rahu is in a fix nature earth sign Taurus and positioned in the seventh house.

In Navmansha D9 chart, Venus and Jupiter are in their own sign and gather strength. Saturn and Sun is exalted in and become strong.  This leads to Shaikh Hasina Wazed a strong personality.

Hard task master Saturn Transit in a dual nature last of fire sign Sagittarius for whole of the year 2019. Saturn moves through the second house. Besides finance and family the second house is also linked with speech. Saturn moving through the second house has an eye over the eleventh house along with Sun and Mercury stationed therein. This influence of Saturn over Sun and Mercury induces here to exert more and by all means maintain her position as Prime Minister. Shaikh Hasina Wazed, Prime Minister of Bangladesh is to sound harsh in dealing with the opposition party. This movement of Saturn is to be much eventful and also present new challenges for her. She needs to accept new challenges willingly and work over the same effectively.

Shadow planet Rahu currently transits in a water sign Cancer. Rahu moves through the ninth house. Rahu cross over radical position of Saturn positioned in the ninth house. This movement gives her more freedom to work. Progressive forces are to work effectively here.

Malefic Ketu currently transits in last of earth sign Capricorn. Ketu moves through the third house. This enables her to take due risk to enhance her prospects in general.

From 7th March Rahu (north node) enters a dual nature first of air sign Gemini. Now Rahu moves through the eighth house.  This movement of Rahu can lead to some health issue for Shaikh Hasina Wazed, Prime Minister of Bangladesh. She needs to take due care about health.

From 7th March malefic Ketu enters a dual nature last of fire sign Sagittarius. Now Ketu moves through the second house along with hard task master Saturn. This movement of two malefic does not sound a happy proposition for Shaikh Hasina Wazed. She needs to use her words carefully so as not to lead to any kind of controversy.

Benevolent Jupiter currently transits in a fix nature water sign Scorpio, known for being much passionate. Jupiter now moves through the first house alias the Ascendant. Transiting Jupiter has an eye on the ninth house and radical position of Saturn stationed therein. This movement of Jupiter is to work well for enhancing acceptance level for Shaikh Hasina Wazed, Prime Minister of Bangladesh. This has worked well for her to win last election by having major majority for her party. Progressive forces are to work much effectively for her. This movement of Jupiter is to be much eventful and progressive for her.

From 30th march Jupiter enters its own sign Sagittarius. From 11th April Jupiter becomes retrograde. From 23rd April Jupiter moving in retrograde mode again enters water sign Scorpio. From 12th August Jupiter becomes direct in motion. This period of retrogression by Jupiter is to provide enough time to review past decision and action taken by her. This period of retrogression is to present new challenges for Shaikh Hasina Wazed. She needs to accept new challenges willingly and exert more to keep her position secure for long time.

From 5th November, Jupiter again enters its own sign Sagittarius known for optimism. Now Jupiter moves through the second house along with hard task master Saturn and malefic Ketu. This movement of Jupiter is work well to ease out pressure situation. Intensity of negative vibes of malefic is to get reduced to quite an extent. Shaikh Hasina Wazed, Prime Minister of Bangladesh is to feel comfortable now. She is able to score over opposition party now well enough.

After due deliberation about transit of major planets, the period of the year 2019 seems much eventful and progressive as well for Shaikh Hasina Wazed, Prime Minister of Bangladesh. She is to be remembered by people of Bangladesh for some much positive development by her.

Get Online Vedic Astrology Services at the most affordable price. 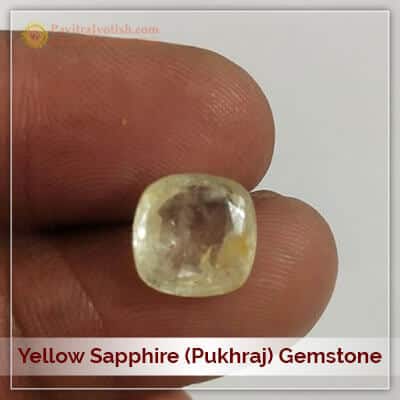 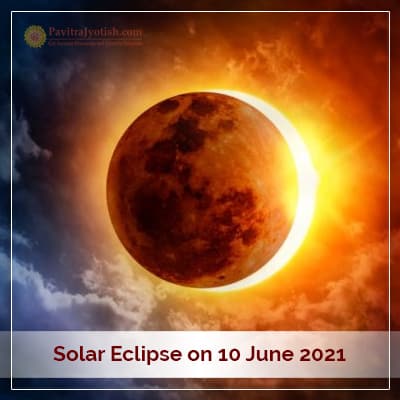